7 ways a wife needs respect from her husband

A man shows respect for his wife by never making her feel compared to an airbrushed supermodel or a random woman passing by.

There's been a great deal of discussion in recent years about how men need respect and women need love.

This view has gained more attention with the popular book, "Love and Respect," by Dr. Emerson Eggerichs. It's a wonderful book and I wholeheartedly recommend it, but some people have missed the point of his bookby thinking that men only need respect (not love) and women only need love (not respect).

Aretha Franklin belted the classic "R-E-S-P-E-C-T" and women worldwide sang along. The truth is that both men and women need respect (and love), but that need is manifested in different ways.

I've received some great insight from my my amazing wife, Ashley and countless women through face-to-face and online interactions. Based on these interviews, my own observations and Biblical principles, I'm convinced that the list below sums up the primary ways a wife needs and desires respect from her husband.

Each marriage is unique (because each person is unique), so this list may not represent all people. The point of this post isn't to squeeze everyone into the same mold, but rather, to stir up some meaningful dialogue between husbands and wives which will ultimately lead to stronger marriages.

_7 ways a wife needs respect from her husband_ (in no particular order):

1. He has eyes only for her

A man shows respect for his wife by never making her feel compared to an airbrushed supermodel or a random woman passing by. Men make their wives feel safe, adored and respected when their eyes are "monogamous." Never stop flirting with your spouse, and never start flirting with anyone else!

2. He supports her dreams

A man shows respect for his wife when her dreams become his priority. In little things in big things, men should encourage and support their wives to achieve their hopes and dreams.

3. He works hard to provide for the family

4. He helps around the home

Each household is different, but in the homes where the wife manages the domestic duties, the husband should still be willing to jump in and help out. Doing the dishes or folding laundry is a simple way to show respect to your wife.

5. He engages in conversation

I believe the typical wife's need for communication is every bit as strong as the typical husband's need for sex. A husband shows respect to his wife when he turns off his phone, turns of the TV and engages in meaningful conversation and he ALWAYS tells her the truth. Dishonesty is the ultimate form of disrespect.

6. He makes time with his wife a priority

A man shows respect for his wife when he makes her a consistent priority on his calendar. A husband should give his best energies to his wife; not his leftovers after he has given his best to hobbies, career or other pursuits. Time is the currency of relationships. If you want to invest into your relationships, start by investing your time.

7. He continuously pursues her

Most guys are great at pursuing during the dating phase of the relationship, but we get lazy, inconsistent and unromantic in marriage. We show our love and respect to our wives when we continuously give them the best of ourselves and keep growing better with every season of life together. 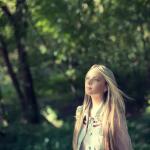