You Know You Should Walk Away, But What Do You Do When You Actually Can't?

When I was 13, a girl moved into the house next door. I was young, naive and friendly, and immediately worked to make her feel welcome.

It didn't take much to become her friend. She latched on quickly

Within only a week she would spend hours at my house. She insisted that we play alone - my siblings or other friends weren't welcome. She confided a lot in me, always warning me not to tell anyone. Usually those stories scared me.

I didn't enjoy my time with her, and would feel awful after she left, but I knew she needed a friend so badly that I pushed those feelings aside.

But my mom - my angelic mother - noticed.

Maybe it was because she knew more about the world, or maybe it was just Mother's intuition, but she started interrupting our intense conversations often. Sometimes I was annoyed by this, but mostly I was slightly relieved. Slowly, I started to realize what this friendship was: a toxic relationship.

We all have had them. They come in different forms and at different intensities, and usually they are people we love deeply.

Sometimes, we can walk away from those people. When my friend started threatening to kill herself because I wasn't giving her enough attention, I realized I had to distance myself. As a thirteen-year-old this was too big for me. So I told people who could help her and walked away.

But it's rarely that easy.

More often than not these people are so tied to us that walking away is nearly impossible. If you're dealing with a toxic mom, dad, spouse, sibling, cousin, in-law, aunt or uncle, here are some ways to handle toxic people.

1. Identify the people in your life who are constantly draining your energy

There's a difference between unpleasant people and toxic people. Recognizing the difference is important.

A toxic person is one who tries to control you, consistently ignores your boundaries, takes without ever giving, is constantly "right", won't take responsibility, plays the victim, chronically lies, puts you down and resents your successes, tries to make you believe you're too sensitive or spreads toxic information about you to anyone who will listen.

2. Set goals for how you handle the relationship

Once you've identified who and how a relationship is toxic, the next step is to plan out before hand how you will react when a repeating behavior happens again.

Psychology author Peg Streep recommends making If/Then statement plans. For example, "If my mother denies what she said to me, then I will simply say,' You can't browbeat me into believing that. It didn't happen.'" Streep writes. "This isn't easy and it takes practice, but standing up for your perceptions is important."

This is often SO difficult when you're a people pleaser - we're talking physically painful. But keep in mind you don't ALWAYS have to say no - you're just going to say it more often.

No is powerful. It shows confidence and control. You might be the go-to person for your toxic friend, but learn to put a little distance between them and you by throwing this word in more often. Or try "not right now." If you want to do something for them, but it's not a good time for you, express that. You don't have to be available to them 24/7.

When you love and worry about this person, going a while without hearing from them is concerning, but don't initiate conversation with them if you don't have to. It sets a clearer boundary.

Toxic relationships come in a variety of forms, and one of those is to make you doubt your own feelings, credibility and intelligence.

Streep advises that if you tend to rationalize toxic behavior or give people the benefit of the doubt (which is not a bad characteristic) realize this is happening and stop excusing your toxic friend. Trust your feelings - if you're feeling awful or belittled around them, it's not because it's your fault - it's theirs.

Some toxic relationships really are not possible to completely cut off, but it's also important to remember these words from Marriage and Family therapist Chris Lewis:

"Sharing DNA does not come with an entitlement to be hurtful and dishonest. If anything, it comes with a responsibility to love, to heal, and to support," Lewis writes.

Truly consider if cutting them out is an option, but if not, hopefully these five points will guide you to a healthier, happier situation. 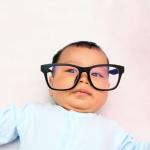