Knowing What Irritates Women Can Help Men Understand How to Act in Order to Maintain Harmony in Their Relationship.

After my article, "8 female behaviors that annoy men" was published, I received many responses from women who provided a bunch of great suggestions about things men do that irritate them.

They were all very interesting, so I decided to write this article to the men so that we can promote greater understanding for both genders.

Here are the eight male behaviors that annoy women.

Men who think that women are an object of ownership. They want control over a woman's every action, word or attitude even though, in reality, they have no claim over them.

Men who do not take good care of themselves, lack good hygiene and make the house messy. This is really annoying.

Women, in general, are more sentimental than men (or at least express their feelings more). This gender difference sometimes causes men to think their companions are just being dramatic. When men disregard their wives' feelings or important events, the women feel rejected and disregarded.

Men who complain about everything, are never satisfied, not fun, rude and prefer to isolate themselves. They always see things negatively and nothing satisfies them. Any effort to help them feel positive is in vain. These men only know how to criticize everything and everyone - nothing makes them happy. It is especially bad when their foul mood is directed toward women and nobody else.

Men who do not keep their promises and put their personal interests before their wife and family. Although they make commitments, they do not follow through on their responsibilities.

Guys who leave everything for later and postpone helping around the house. They consistently make themselves unavailable to perform activities related to the family.

This includes vain men who think the world revolves around them. They enjoy being the center of attention and think their wife and family live to serve them. Men who are self-centered do not accept criticism, and they think they are always right. These characteristics can make a woman feel humiliated, debased and unhappy.

This seems to be the #1 complaint from women. These are the men who love to charm other ladies. This behavior is highly irritating, causes a lot of discomfort for a wife and borders on infidelity.

The objective of drawing this parallel between what annoys men and women is to provoke reflections on what one or the other may be doing to jeopardize harmony and well-being in the relationship. After all, happiness in the relationship takes two people working together to achieve a healthy union.

Translated and adapted from the article, 8 posturas do homem que irritam as mulheres, originally published on Familia.com.br.

What are some behaviors that bug you?

Posted by I Love My Family (FamilyShare.com) on Tuesday, November 8, 2016

Suely is a conflict counselor, an educator and has a MBA in Strategic People Management. She's the host of the program "Deixa Disso," which offers relationships advice. She has also published two books, “Uma fênix em Praga” and, “Mediando Conflitos no Relacionamento a Dois”.
nextarticle 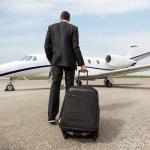