You Know You're Married to the Right Man if He Never Tells You Any of These 8 Things.

A man acts differently when he is in love with his wife. Everything changes: what he thinks about, how he spends his time and what he says. His thoughts, actions, desires and words all revolve around building up the woman he loves.

A husband like this never says the following eight things to his wife. If he does, then he doesn't truly love his girl.

No relationship is perfect, but a man who refuses to deal with the struggles of marriage (no matter how big or small they may be) isn't fully committed.

Husbands who use this phrase are really implying that they're looking for an escape - an easier way out - because they aren't willing to fight and sacrifice for the woman who they supposedly love.

Women don't exist to please men, and no man who truly loves his wife would ever say something like this to her. Even if his intentions are good, telling a woman to do her hair like this, wear this outfit, lose this much weight and so on destroys her soul and crushes her self-esteem like nothing else.

Sure, a good husband can respectfully give his honest opinion when his wife asks what he thinks about her appearance. But he should never attack her physicality or objectify her.

No woman will ever be good enough for the husband who says this. And to any wife who ever hears this toxic phrase leave her husband's lips, YOU DESERVE BETTER.

A man who says this isn't in love and has no concept whatsoever of what love is. True love isn't always looking for the next best thing; it's loving the person you chose to be with and helping them reach their fullest potential.

It's normal for both women and men to want to be their best selves for their partners. But it is grotesquely wrong to think a woman has to transform herself into a different person to please her husband. This goes against everything a marriage is.

If a man can't love his wife for whom she is, then he'll never be satisfied with her when and if she does change.

A husband who says this is far from feeling true love for his wife. Instead, he feels disconnected from her. If he did love her, then he would try to better explain his feelings instead of just assuming she doesn't care or understand.

Any husband who says this has clearly fallen out of love. This hurtful question shows he is paying more attention to other women than he is his wife.

And it only gets worse. Not only is he paying more attention to other women, but he's also fantasizing about them to some degree. He does this by wishing his wife would emulate certain qualities he finds appealing in other women.

Though this kind of behavior isn't physical infidelity, it can be just as bad and lead to just as serious of a heartbreak.

The twin and equally hurtful sister of this comment is, "You're being overly sensitive."

If a man truly loves his wife, then what's a big deal to her will be a big deal to him. He won't criticize, diminish or brush off the way she feels or reacts to something just because he feels differently about it.

Instead, he will try to understand her perspective and do what he can to help relieve any stress or anxiety she feels.

This is a poisonous phrase a man truly in love would never say to his wife. If he loves her, then he couldn't imagine going forward in life without her.

He would also recognize how she helps him be better and how only he holds himself back by choosing to not love her.

The problem with this eighth statement and the others in this article is that they are all saturated with selfishness. Marriage takes two people. A husband who says these things to his wife thinks only of his own happiness instead of the joint happiness that only pure and genuine love can bring. 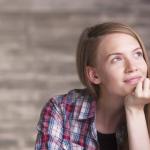 8 Ways to Stop Obsessing Over Mistakes