Men are more visual than women, that's why many women worry about the clothes and makeup they are going to wear in order to get the man of their dreams. These things may work, but they are not what men are looking for in a woman.

These are the things that men actually find attractive:

A study conducted at Columbia British University shows that men are more attracted to women that smile often.

It's much easier for a man to approach a woman that is relaxed and smiling than a serious, grumpy woman.

2. When they get angry

3. When they are casual

It's nice to dress up, wear high heels and makeup for a special occasion, but men like women that are more natural. They like the way women look when they just wake up or when they come out of the shower, especially if their hair is messy.(But to clarify, men don't like dirty or unkempt hair.)

4. When they smell nice

Men love women that smell great. They prefer light perfume, the smell after she showers and especially her natural smell.

A survey conducted at the University of Bangor in the UK shows that men find women that wear little or no makeup more attractive.

So, if you want to seduce him, forget the heavy makeup.

A friendly woman can be more attractive to men than beauty. A survey conducted at Pennsylvania State University revealed that fun people are more attractive and are more likely to find a partner. They interviewed 250 students, men and women, it turns out that sense of humor is an important characteristic people look for in a relationship.

Opposites don't always attract each other, according to research conducted at the University of Illinois. Psychologist Chris Fraley showed participants pictures of various individuals and asked them to select the characteristics that were the most attractive to them.

"People tend to feel more attracted to people that look like them. There is a familiarity to it," said Sharon Young, one of the study researchers.

8.Women with an attitude

A study published in the Personality and Social Psychology Bulletin found out that men prefer women with and attitude.

The study asked 115 people to analyze profiles. Then they judged how attractive the profiles were. To the surprise of everyone, both men and women selected people with more personality and attitude as more attractive than those who only accepted everything. 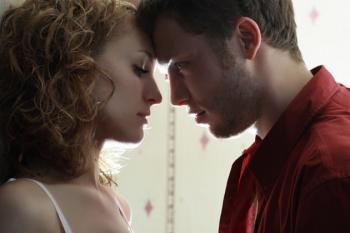 5 Failproof Ways to Make Him Miss You