Some say infidelity is the ultimate betrayal.

Some would say that cheating on your spouse is the ultimate betrayal. If there are two things the public loves more, it’s scandals and celebrities, so a celebrity cheating scandal is the cream of the crop. Watching your favorite stars split can be challenging for their fans, but the truth is no one is perfect, and relationships are challenging. However, for celebrities, their mistakes are plastered on outlets across the world. Some of these couples have returned from their cheating scandals, while others have decided to call it quits permanently. Here are some celebrity cheating scandals that shocked the public.

Shortly after announcing that he and his wife, Behati Prinsloo, were expecting their third child, Adam Levine found himself in a cheating scandal. Numerous women accused Levine of sending flirty text messages. However, Sumner Stroh, an Instagram model, was the first woman to publicly speak out, claiming that she and Levine had a year-long affair.

Prinsloo hasn’t commented on these allegations or indicated that she wants to divorce Levine. The couple was spotted in California shortly after the news broke, looking happy together. Levine maintains that he didn’t have an affair but acknowledged that he “crossed the line.”

Arnold Schwarzenegger had an affair with Mildred Baena, the couple’s housekeeper, while married to Maria Shriver. The romance didn’t come out until 14 years later when the former California governor confessed to the affair during a therapy session after leaving office. He also revealed on “60 Minutes” that he was the father of Baena’s son. Their son was born only days after his youngest son with Shriver, Christopher. In 2021, after 10 years of legalities, the couple’s divorce was finalized. Shriver and Schwarzenegger have moved on, and the couple often has family gatherings with their children.

It’s unclear if Tom Brady technically cheated on Bridget Moynahan with now ex-wife Gisele Bundchen, but he did break up with Moynahan while she was pregnant with their first child. Brady and Moynahan broke things off in December 2006, but Brady started dating Bundchen that same month. Moynahan announced her pregnancy in February 2007 and welcomed a baby boy in August 2007. Bundchen and Brady announced their divorce after 13 years of marriage in late October. Bundchen was recently seen out on the town with a new beau.

Ciara and Future had a brief romance before it ended over cheating rumors. The musician and rapper announced their relationship in 2013 and became engaged shortly after. By the start of 2014, Ciara shared that she was pregnant with their first child. Unfortunately, the two called it quits soon after Ciara gave birth. Rumors emerged that Future cheated on Ciara while she was pregnant. At the time, the rapper responded to the rumors by saying, “I don’t respond to rumors; I respond to money.”

Tristan Thompson made headlines after a video emerged of him holding hands with another woman right before Kardashian gave birth to their daughter True in 2018. He made headlines again when he cheated on Kardashian after the couple revived their relationship. The reality star didn’t know about the affair until the other woman, Maralee Nicholas, filed legal documents saying Thompson was the father of her unborn child.

Nicholas gave birth to their son months after Thompson and Kardashian started a surrogacy process. In early August, the couple welcomed their second child via surrogacy. In a preview of the season two premiere of “The Kardashians,” Kardashian discussed her surrogacy process and the paternity scandal, saying, “There’s something I’m ready to talk about. Tristan and I are having a baby.” Kardashian continued, “And it’s supposed to be a really exciting time; it’s just a different experience.”

Hank Baskett and Kendra Wilkinson experienced a dramatic cheating scandal years before Wilkinson filed for divorce. Baskett allegedly had an affair while Wilkinson was eight months pregnant in 2014. In an interview with People Magazine, Baskett said, “I messed up. I put myself in a bad situation. And everything through me brought pain upon this family.”

Mel B and Eddie Murphy

Eddie Murphy ended his relationship with Scary Spice Mel B while Brown was five months pregnant. The couple met in 2006 and started dating before Mel B got pregnant. However, after their split, Murphy said he wasn’t the father, but a paternity test later proved he was. According to legal documents obtained by US Weekly, in 2020, Mel B recently asked Murphy for more in child support.

French luxury brand owner François-Henri Pinault got then-girlfriend Salma Hayek pregnant and fathered a child with Linda Evangelista while split from Hayek in 2006. By the end of the year, Hayek was pregnant and gave birth to a daughter. Evangelista decided to keep her child’s father private until she came to court in 2011 for the custody agreement. On Valentine’s Day in 2009, Pinault and Hayek got married.

The country music star shared that her now ex-husband, NFL player Mike Caussin, cheated on her with more than 13 women. The couple married in 2015 but separated for a year in 2016, while Caussin fought his sex addiction after Kramer found out about his infidelity. However, the couple renewed their vows in December 2017. While on “Red Table Talk,” Kramer shared that she “went real crazy” after finding out how many women Caussin slept with, adding that she shattered many things in her house.

Kramer told the co-hosts that she destroyed Caussin’s Xboxes and the things he said were his only vice. She went on to say that she felt like an idiot when she found out Caussin was still having affairs after the two wrote a book about forgiveness called “The Good Fight: Wanting to Leave, Choosing to Stay, and the Powerful Practice for Loving Faithfully.” The couple was married for almost six years before Kramer filed for divorce in 2021.

Cheating is an awful thing that some couples go through. While some couples decide to work it out and stay together, others call it quits. Either way, their betrayal serves as entertainment for the masses. 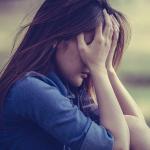