9 reasons why your husband should be your No. 1 priority

Is Your Husband the Most Important Person in Your Life? Here Are Nine Reasons Why He Should Be.

Audrey Hepburn once said, "If I get married, I want to be very married."

What that means is that you not only have the paper you paid an unreasonable amount for, but you also put your marriage - your relationship, your love and your spouse - first.

So in speaking to all of the married gals out there, here are nine reasons why your husband should be your No. 1 priority:

1. He is your best friend

First and foremost, he is your best friend in the world. You wouldn't have married him if that weren't the case, right? Continue doing for him what you did when you were dating - ignore everything else and give all of yourself to him - all of your mind, all of your body, all of your love.

By putting him in the coveted spot at the forefront of your mind and worries, you will be able to illustrate that he is the most important part of your life.

2. He's got the world on his shoulders

You may not realize it, but your worries, your kids' worries and his neighbors' worries are all his worries. He's concerned about managing the family budget, providing for your family, giving his children time with their father, taking care of you and your feelings, taking care of the yard, ensuring that his church and community responsibilities are taken care of just as much as you are.

It weighs heavily on him.

Help him to see - help him to feel - that you're genuinely concerned about him and you'd put everything aside just for him.

3. He gets beat down at work

You see him leave in the morning to go to work, and you see him at the end of the day when he comes home from it. But, do you really know what goes on at your husband's work?

Here's a taste: He goes into work every morning - a morning that leads to a long day of co-workers who hinder his work; supervisors who are unhappy that he isn't performing; stress related to job security; that same PB&J he's made for himself every day for the last 17 years; and the long commute home.

There is no doubt you'll have had your hands full (most likely even more full than his) all day, but the emotional stress that he carries will leave him when you greet him with a hug and listen to his worries.

4. Mom-and-baby bonding can be a great thing ... and a hard thing

When a woman has a baby, she creates a special bond with that baby. Bringing a child from conception to birth is a lot of hard work that is brought about with an immense amount of love.

But sometimes, that beautiful bond that is created between mother and child leaves dad in the shadows. It can't be stressed enough that taking care of that baby is beyond important, but so is the relationship with your husband. Keep his feelings in mind as well.

5. He does his very best to take care of you

It can't be emphasized enough that all he wants is for you to be safe, comfortable and loved. It's true: He'll clean the dishes with one of your nice towels, he'll reorganize your drawers, and he'll wash your clothes on the wrong setting, but all he was trying to do was to help.

Getting on his case and storming out of the room because he put your favorite bra through the wash and then dried it on high heat is going to do more than just hurt his feelings - it's going to make him feel that his efforts are nothing but an annoyance. Just love him.

Prioritize his feelings - give him the benefit of the doubt - and you'll be able to see clearly that he absolutely adores you.

6. It shows that you value him

It has been said a billion different ways, but it is so true that you make time for what you truly care about. Life can be unbearably busy at times, but coming home to a wife who won't make time for you can be devastating for your husband.

Wives and mothers, quite frankly, are some of the busiest people on earth, but taking time out of your busy day to talk to him about his day will speak volumes about his worth to you.

7. It shows that you put him and your marriage before everything else

Friends come and go, and children grow up and move out. But when we reach the end of time, it's just going to be you and your husband. Making him a priority will show to him that you want to face the world with him and that you value his companionship and his position as your husband and protector.

8. He sometimes can't get the family time he needs

Contrary to popular belief, there are times when your husband would much rather be with you than with "the boys." As insignificant as it may be, hopping in the car with him so you can go to Wendy's together and take turns dipping fries into your Frosty would be so much fulfilling than seeing his team lose Monday night.

9. The chances of him cheating are decreased

The benefits aren't all for him, ladies. In a study cited in a CNN article from 2008, marriage counselor M. Gary Neuman found that the No. 1 reason for infidelity among men is feeling underappreciated - underloved, if you will.

"The majority (of men who were surveyed) said it was an emotional disconnection, specifically a sense of feeling underappreciated. A lack of thoughtful gestures," Neuman said. "Men are very emotional beings."

An emotional being is right. Even though they wash your clothes on the wrong setting or they organize the fridge or pantry in a way that you don't like, be kind to them. They do everything they do because they love you and only you. 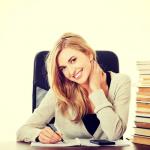 5 Ten-Day Challenges You Need to Try