9 signs she’s definitely into you

Research Shows What a Girl Does When She's into You.

I have to say that I feel for you guys. Research is not on your side. The fellows in the ivory towers have shown that when it comes to girls, guys often misinterpret friendliness for romantic interest. In other words, you might think she's into you, but she's really just being nice.

Fortunately, there is a lot of research out there that tells us what signals women send when they are interested. It also means you'll need to put your phone in your pocket as the signals are brief and easy to miss.

In both studies, he put two strangers of the opposite sex together in a room for ten minutes. He and his team observed the body language of the female as she interacted with the male. Afterwards, she was asked whether or not she would give her phone number or go to a movie with the man she had just spent ten minutes with in the room.

Obviously, the researchers were especially interested in the behaviors shown by women who said they would give the guy her phone number or go on a date with him.

Here are the signals or "non-behavior courtship behaviors" Grammer found were highly correlated with a woman's interest. These behaviors were defined and catalogued by another researcher, Monica Moore.

If she's primping, that's a good sign. Primping means she's straightening her clothes even if they look just fine. Maybe she's pulling down her skirt, tucking in the back of her blouse, or pulling up her sweater. Grammer doesn't indicate whether her behavior is conscious or not, but he did find that a woman that primped in front of a guy was more likely to be interested in him.

2. She gives a coy smile

If she's giving you a coy smile, that's also good news. What's a coy smile? It's a smile where she smiles at you and then turns away or lowers her head. Better pay attention or you'll miss it.

3. She gives a short glance

Short glances are a good sign. She looks at you for less than three seconds, so again you need to pay attention. On average, a girl will direct three shortglances at you. So for those of you with ADHD, there's hope.

The look throughcan be a bit more complicated but again it has to do with eye contact. She's looking in your direction even if she's not exactly looking at you. However, she's looking in your direction longer than the three seconds a short glance permits. It doesn't hurt to look back at her and smile. If she returns it with a coy smile and a sweater adjustment, you are in luck!

5. Her postures are open

If her stances are more open, that is a good sign. Are her arms crossed or open? Open is good. Are her legs crossed or uncrossed? Uncrossed is good. However, you have to be looking at her for these open postures to signify interest.

Neck presentation is when the girl tilts her head sideways at a 45 degree angle. She's basically tilting her head as if she were talking on the phone. If you say something to her and she tilts her head and laughs, that's good. Very good.

7. She tosses her head

That means that she flips her head backwards and lifts her face upwards for less than five seconds. You'll often see her toss her head when she's laughing at something you said. This also is a good sign.

The hair flip just means that she brushes her fingers through her hair or even smooths down her hair. If she does this while you two are interacting with each other, then she's likely interested.

This would be nice if it happened all the time. Sometimes this might happen at the end of the date. One young mansaid he was elated when a girl said, "Yeah, you're awesome, I like you. Let's go out again."

This direct approach doesn't happen often. While guys often complain about the games girls play, there are reasons why girls aren't more straightforward. For one, they often don't know how seriously interested they are in you until they get to know you better. Grammer explains,"Non-verbal behavior is, unlike verbal behavior, non-binding." In other words, if she changes her mind later, she's not on the hook with you.

It's also less risky to use non-verbal behavior because she reduces her risk of rejection by you. A cautious girlwill express her interest in a more subtle way. A coy smile from across the room can still send the signal without making it awkward for either one of you. One she sends the signal, it's up to you to act.

Becky Blackburn Griffin writes about dating and relationships. She's compiled top research into an entertaining guide called "Get Out of the Friend Zone." It's available at her website, "A Quality Girl."
nextarticle 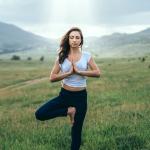