9 Things Every True Man Does For the Woman He Loves

There Are No Perfect Men, But There Are Men Who Are Not Afraid to Love. Here Are Nine Things That Make Women Happy!

Hindsight is always 20/20. Looking back, I can see exactly what I did wrong and what I should have done instead. The problem is that it's too late. Many of the mistakes we make or things we omit in life are done with good intentions, but we lack the right information.

When I was first married, my husband gave me a bouquet of roses. At that time, we were just getting started and money was tight. When he gave me the flowers I told him I liked them, but I would have preferred that he spend money on buying something I could use instead of something that would die in 3 days. That was the last time he gave me flowers.

Years later I asked him why he never gave me flowers, and we talked about the incident. He wasn't angry that I didn't like the flowers, he just wanted to get me things that I would like instead. But because I didn't communicate the fact that I only didn't want flowers during the times that were financially hard, he thought I didn't like them.

We speak two different languages, but we can be bilingual

Thinking about my own experience and how easy it was to talk about one thing but have it mean something completely different, it's so easy to unknowingly hurt the people we love most.

Men are literal. They will tell you whether or not they want something. On the other hand, women can be more metaphorical. We say things metaphorically and hope our man understood perfectly what we were trying to say. We think they understand because when we explain it to another girlfriend, they often understand perfectly.

I decided to make a list of the things women expect from the man they love:

1. Help with the small things and value your wife's effort

Washing the dishes, taking the kids to school, making the bed, putting gas in your wife's car and simply helping around the house makes a world of difference. Doing these things lets her know you care about her and appreciate her daily efforts.

"It is better to ask forgiveness than permission" does not apply in a marriage. It is always better to tell the truth, even if you think it's against you. You'll thank yourself in the long run.

If men were as emotional as women, it would be a complete disaster. Provide balance and compliment her emotions. Take her to see that chick-flick she's been wanting to see or give her a hug when she cries over a baby turtle in a commercial. Don't try to change her emotions, because they are part of what make her the best wife and mother in the world.

4. Don't forget to treat her as the beautiful woman she is (even after she's your wife)

Make her feel like the most beautiful woman in the world. Buy her thoughtful gifts. Women love details, even if it's just a small thing to remind her you were thinking of her. Invite her to dinner, stay up late and make her feel like she's adored.

Women often sacrifice personal goals so the rest of the family can achieve their goals. Support her in her projects or help her find something she would like to do. It's important to remember that the things that are important to her should also be important to you.

6. Listen as if you were hearing the most important speech of your life

Nothing is better than a man paying full attention to what his wife is telling him. Plus, if men pay more attention to their wives, they will never have problems choosing a gift.

7. If you don't understand, ask for clarification

8. Don't judge her because she doesn't think or feel the same as you

Accept her as an individual. Don't try to make her just like you. Her individuality makes her beautiful and is what drew you to her in the first place.

9. Love her as if your life depends on it

Women seek love and understanding. She's your partner; you're on the same team. Compensate when you can. Every bit of attention you give each other adds up and makes it so you can be happy together forever.

_This article has been translated from the original "9 cosas que todo verdadero hombre hace por la mujer que ama" which was originally published on familias.com. 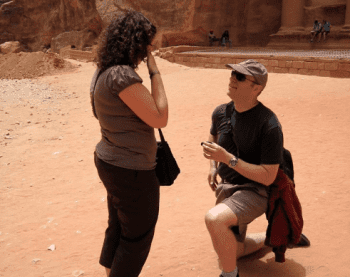