Here is a Little Cheat Sheet to Help You Through the Hard Times With the Guy You Love.

So you love a guy who has low self-esteem ...

I'm a dude who used to hate himself - who still kind of does. I know what you deal with. He must drive you nuts.

I was in a relationship with an angel, let's call her Mary. Mary was such a pure, beautiful soul. We connected. Looking into her eyes filled me with comfort and calmed my fears. Mary loved me so much, and I loved her too. But I hated myself even more. Long story short - I ran away from her love. The love I felt unworthy of. I sought validation and distraction in women, alcohol and career moves. And in many other dark ways I won't mention.

Low self-esteem is easy to explain, yet, hard to understand for some. It's feeling shameful about who you are.Feeling guilty or embarrassed about who you are, deep in your core. You feel "different." Damaged or flawed in fundamental, irreversible ways. You don't love yourself. Your man may never admit it outright - but he wishes he were someone else.

Alas, there's no return policy in life. We're stuck in this skin forever, and the hate, the self-pity - it gets us nowhere. But here's the deal:

When a man is dealing with low self-esteem, he'll make mistakes. Big mistakes

My shame and low self-esteem led me to become reckless. I felt a constant, nearly unbearable background anxiety. I had to make myself feel different. I had to escape. Luckily, there were several reliable methods: nonstop partying, starting businesses, spending lots of money, exotic traveling. My worst nightmare was being alone, in a quiet room. I couldn't stand my own company. Maybe your man feels the same way, I pray he doesn't. But my feelings aren't unique.

The mistakes I made led to more shame and guilt.And then more mistakes made running away from those feelings. The spiral of pain seems unstoppable.

Your man's low self-esteem can manifest in a variety of ways. Every guy will act out in his own way. Some pull back and hide, some flee and seek experiences. Others party and rage, or try to prove themselves at work. It's troublesome for both the sufferer and the poor individual who loves them so much. Low self-esteem is tricky; the sufferer can distract himself or run away from it for years. He may not even realize that the darkness he feels is low self-esteem.

If you love him, he will need you to get through it. Don't give up on him, he needs you. Many times it will be confusing, and he may hurt you without wanting to.

Here's some important things to remember:

1. He loves you so much, but hates himself even more

He's lost. You two may have such an obvious, beautiful opportunity for love but he squanders it. He only sees his own shortcomings. His pain and depression is like a dark, heavy, thick blanket that he just can't shake. But like I said above, he may not even realize it. He's not trying to mess with your head. He's not unreachable. However, he is in a state of constant anxiety, always wishing he could be someone HE loves. If you say "I love you!" he probably thinks: Why would you? You can't. You're wrong.

If you love him, do what you can to help his HEART. Buy him books on spirituality, ask him how he feels about himself. Listen, and if required, seek the help of a licensed therapist or psychologist.

2. He may seek attention outside the relationship or activities without you

This was a huge factor in my relationship ending. My low self-esteem led me to crave attention from other potential partners. I was addicted to approval and validation from other women.

Your man may seek attention and approval from other people. He thinks that he has to either prove to himself that he's worthy, or look for evidence of it anywhere he can.

It may be common sense to you - that we should all love and respect ourselves as human beings. But to a sufferer of low self-esteem, this isn't the case. Having low self-esteem is like being in a courtroom. And you're guilty until proven innocent. He's shameful at the core of his being.

3. He believes he must have "gotten lucky." He feels unworthy of you

At first he cherished you. He held you close, showed you off to the world. But soon ... he knew he "had you" and started looking around.

I had an amazing partner in Mary, but I didn't believe I was worthy. She could see the man I was. She saw through my shame and self-hatred but I couldn't buy it. I was too deep in my own trance.

I thought I had gotten lucky, that I'd fooled her somehow. So I needed to prove that I could be worthy of someone amazing. Does that sound awful or what? I wanted to be able to "earn someone" who everyone else wanted, to prove to myself that I was a valuable man. Then I could love myself.

Remember that this isn't about you - this is about a hole he has in his heart. He needs to know that he didn't just "get lucky" when he landed you. Please, tell him you love him. Tell him everything you think is unique and enticing about him. Don't make it only about appearance either. If he feels like he fooled you, he will not treat the relationship with respect. This is an important point.

4. He may be restless or always trying to prove something to the world or himself

There is nothing wrong with drive and initiative. But why is he so driven? Why does he desire so much? If we bothered to ask ourselves "why" we want the things we do, we could save ourselves much heartbreak. We'd stop running after so many shiny red balls. We could live with more purpose. Your man should ask himself why he wants to accomplish so much.

To bring him down to earth, remind him how much life there is to live right now, in this moment. This moment, between the two of you. Kiss his lips, hold his head in your hands. Tousle that hair and look deep into those eyes you love so much. Say "I love you for exactly who you are, right now." Tell him he is enough.

The point isn't to make him lazy. It's to make sure he has his motivation and priorities in the right place.

5. He can be extremely jealous or insecure about other men

My ex, Mary, had to think that I was perfect and wonderful at all times. She was my entire support system, and my source of confidence and security. She was my everything. (and yet, I treated her awfully - aren't men the greatest?)

If I felt threatened or not the number one importance in her life, I would start to freak out. The low self-esteem inside your man creates an enormous hole.

He doesn't want you to suffer. Nor does he want to dominate you. He doesn't know why he feels this way, but it's because he hates who he is. In effect it's self defense, your actions hurt him. It's painful enough just being who he is - when you threaten to make him feel even worse about himself, he lashes out or gets uncomfortable.

Nothing about this is OK. I'm only telling it like it is.

6. It can be near impossible to get him living "in the moment"

Many guys with low self-esteem are living in the past. He may be guilt-ridden and woeful over opportunities he failed to seize. Maybe he regrets not doing better in school, or choosing a better college. He might feel like a failure and disappointment to his family. Who knows, the point is he rides himself down all the time.

Alternately, he's living in the future. He dreams of a day when he can "be happy." You may feel sad because it seems all he cares about is making lots of money, accomplishments or fame. But he probably just feels he'll only worthy of you once he conquers the world. He feels he's unworthy of happiness until he proves himself. These thoughts consume him and he's desperate for that sweet moment of relief when he's "made it." Problem: it's never coming.

You love him exactly as he is, right? Tell him that right now.

7. True commitment scares him - but not for the reason you think

In my relationship, I was afraid because I didn't know who I was. I didn't feel like a good person, so who would want to be with me? I convinced myself that I was helping by not giving her marriage or children. By not giving her 100% true commitment I was doing her a favor.

8. He may enjoy seeing you in pain or suffering for the relationship

Self-esteem can get so low that a man gets validation from seeing his partner suffer. Seeing a person feel pain caused by us can actually give us pride.

9. He adores you - but he needs to learn how to love himself

Your guy has to learn to love himself. This includes all the deepest and darkest parts too, the parts that scare him to death. The unfaced and unfelt parts of our psyche are the source of all neurosis and suffering. Carl Jung said that, not me.

In the end, you can get over this together. The bond between you will be unbreakable, and he will love you forever. He'll never forget that you were the girl who helped him discover the greatest love in the universe - his love for himself.

Editor's note: This article was originally published on Take the Lemons. It has been modified and republished here with permission.

Paul Graves writes about pain, shame, and better living through self-acceptance at TakeTheLemons.com. He lives in Ohio with his 7-year old daughter and two cats.
nextarticle 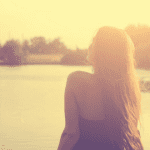 10 Effective Stress Relievers You Can Do Right…