Are you doing these nine things to start brimming with confidence?

You're amazing. (Seriously.You are.) So why are you any less confident than that woman you're girl-crushing on all over the place?

The answer: She does a few things you don't do. But with some mindful cultivation, you can change that. Here are some things a confident woman does (so you can make sure you're doing them too).

Bono wrote for Time Magazine, "It has been said that after meeting with the great British Prime Minister William Ewart Gladstone, you left feeling he was the smartest person in the world, but after meeting with his rival Benjamin Disraeli, you left thinking you were the smartest person." A confident women is like Benjamin Disraeli. She doesn't need people to think she's amazing (knowing in her own heart she's amazing is enough). Her goal is to help others feel amazing.

2. She only says "yes" if she really wants to

If she doesn't want to go out for drinks (because her favorite jammies and Colin Firth are calling) she's not worried her friends will think she's lame or that they won't ask her next time. Confident women aren't people pleasers by any stretch of the imagination. She knows her own desires and limitations and lets her outcome rest on those instead. Confident women aren't afraid to use the word "no."

When you get sucked into Pinterest picture-perfect outfits and Facebook's endless stream of your friends' perfect lives, it's easy to use social media as a rubric for your own life. A confident women shuns comparison. She doesn't get freaked out when she's the only one on Facebook who's not in a relationship and she doesn't think less of herself because her friend is a talented botanist.

A 2015 study revealed a correlation between pornography use and low self-esteem and, honestly, that shouldn't be surprising. Pornography can be a powerful influencer on perceptions of body image, desirability and personal value. Confident women avoid pornography and sexually explicit material in all forms.

A confident woman doesn't need to win an award to know she's amazing. Every day she takes pride in small victories, such as getting out of bed in the morning, letting someone merge in front of her in traffic, doing her best on a project at work and spending time listening to a good friend. She also makes a positive difference in the world, like these fabulous celebrity women who are nominated to win a Women's Choice Award because they use their influence to make the world a better place.

6. She eats her broccoli

A confident woman takes care of her body, not to be model-thin, but because she respects herself enough to give her body the care it needs. She knows when she eats healthy foods, gets enough sleep and is physically fit she feels better about herself all-around. (It's kind of magic.)

A confident woman derives as much confidence from her potential as from her current state. She knows she has the power to accomplish anything she sets her mind to. Her goal keeps her driven and focused.

8. She isn't afraid of being disliked

"Oh, he must think I'm so stupid because I said that" doesn't pass through the thoughts of a confident woman. She never projects imaginary negative thoughts about herself into other people's minds. In fact, a confident woman walks into a room and assumes everyone likes her. (And usually, because she assumes they like her, they do.)

At the same time, a confident woman doesn't need anyone to like her to feel confident. She will never hide or diminish pieces of herself to win the affection of others. A confident woman knows who she is and she likes that person.

9. She lives in the present

She doesn't regret the past and she doesn't fear the future, nor does she idealize the past and yearn for the future. A confident woman chooses to love her life in each present moment. Not only that, but she knows circumstances don't determine her happiness - she does.

Use your voice to vote for confident women in the Women's Choice Awards, which honor women who advocate for the empowerment of girls and women. 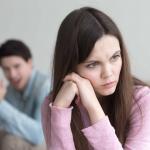 Your Wife Doesn't Need You to Fix Her,…