A brief (and disturbing) history of marriage

In the Last 35 Years, a Lot Has Changed ... and Most of It is Not For the Better. But There Are Signs of Hope.

Things have changed a lot during the 35 years we have been writing and speaking about marriage, parenting and families. It used to be that we could assume the majority of people wanted to be married, wanted to make a total commitment to that marriage, wanted children and wanted to prioritize those children and raise them responsibly.

Today, however, we sadly can no longer make these assumptions in many places we go.

In terms of wanting to make a total commitment to marriage

As our culture overemphasizes career achievement and the personal freedom of keeping all options open, and as it becomes exponentially harder to raise children, more and more people are turning away from traditional family ideals and aspirations.

And, the question is: If families no longer fulfill the essential functions of (1) procreation, (2) raising the next generation of responsible citizens and (3) giving children the unconditional love and sense of identity they need, what other element or institution of society can accomplish those things?

But before we all get too discouraged and decide the world is doomed, consider some positive signs that actually indicate the pendulum is swinging back and families are getting stronger in some ways:

Most parents seem to be thinking and working harder at parenting more than ever before. "Parenting," a verb we didn't even use a generation ago, is becoming something of an art, science and skill set people work on.

Dads are more involved than ever before, taking more interest in their kids and forming parenting partnerships with their wives.

Data show the more educated people are, the more likely they are to get married, stay married and adopt a stable family lifestyle. People with higher education generally set the trends for the rest of the population.

So, there is a lot to be concerned about in today's world when it comes to marriage, families and the destiny of our children, BUT there are some optimistic signs that more and more people are realizing that a married, committed, family-centric life is not only the right way to live but also the happiest and most fulfilling way. 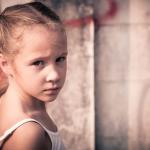 The Tragic Impact of a Drug-Addicted Parent