A Humans of New York post moved actor Edward Norton to tears. Here’s what he did after

Humans of New York Founder Brandon Stanton Turned His Attention to Documenting the Voices of Refugees. Here's a Success Story.

What started as a post to the popular Humans of New York blog documenting the strife of a Syrian refugee who lost his wife and daughter in a deadly attack turned into a great deal more.

That's because both President Barack Obama and actor Edward Norton took notice, one offering a memorable welcome to the U.S., the other raising funds after being moved.

(7/7) “I still think I have a chance to make a difference in the world. I have several inventions that I’m hoping to...

Posted by Humans of New York on Tuesday, December 8, 2015

Shared last Tuesday, the story detailed an unnamed man's work as a scientist in Syria before an attack that killed seven of his family members. ABC News reported he and his surviving children went to Turkey, where he learned he had stomach cancer and the family found out they'd be resettling in Troy, Michigan.

Despite the hurdles, the scientist has large aspirations for once he gets to America.

"I still think I have a chance to make a difference in the world," the man told HONY founder Brandon Stanton. "I have several inventions that I'm hoping to patent once I get to America."

And Obama took note of the scientist's determination in the midst of meek circumstances, saying the man's pursuit of his dreams underscores what "makes America great," Anna Swartz wrote for Mic.

"As a husband and a father, I cannot even begin to imagine the loss you've endured," Obama wrote through his Facebook page. "You and your family are an inspiration. I know that the great people of Michigan will embrace you with the compassion and support you deserve. Yes, you can still make a difference in the world, and we're proud that you'll pursue your dreams here. Welcome to your new home. You're part of what makes America great."

Katrease Stafford wrote for Detroit Free Press that Norton went a step further: Moved to tears upon reading the man's story, the actor started a fundraiser called the Scientist, which had raised more than $375,000 as of Monday morning.

Yesterday I got an email from Edward Norton, asking if he could host a fundraiser for the scientist in Tuesday’s story. ...

The Detroit Free Press wrote that Norton indicated all money garnered will help the scientist receive treatment for cancer and "allow the family to build a stable life." All unused funds will assist 11 other families profiled in the HONY series.

For Norton, the fundraiser is about showing the passion of Americans, ABC News indicated.

"This man has suffered profound loss that would crush the spirit of many people, and yet he still passionately wants a chance to contribute positively to the world," ABC News quoted Norton as saying. "If we don't welcome people like this into our communities and empower his dream of making an impact with his life, then we're not the country we tell ourselves we are."

The article from the Detroit Free Press stated that Stanton recently started "The Syrian Americans" series "to highlight the voice of refugees." 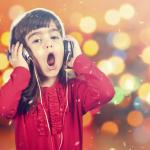