Some Men Want to Be Faithful to Their Wives, But They Encounter Some Challenges.

Most men want to be faithful to their wives; but unfortunately, some of them find that harder to do than others. One man decided to write an open letter addressed to women who, he claims, seduce men who are married or in a committed relationship.

Believe it or not, one of men's deepest dreams is to find true love. During that search for love we are often hurt or heartbroken — sometimes unintentionally. Women sometimes don't know this, because we do a good job at hiding our pain.

Before meeting the love of my life, spending time with friends was one of my favorite activities. When I fell in love, things changed for me. Now, the most important woman in my life is my wife and she deserves my attention.__

As women, you likely know what it feels like to be afraid of another woman swooping in and stealing your man away from you.

Yes, infidelity is wrong. And if I was ever disloyal to my wife, I would need to take full responsibility. When temptation arrives, men have the opportunity to decide whether to cave in. However, there are some things that could be avoided if both you and I were on the same page.

If a man is dating, engaged or married, do both of you a favor and don't be 'the other woman.'

I am not trying to offend women, or make them feel like they must take responsibility for the weaknesses of men. But if men are in committed relationships, allow them that happiness and don't try to lead them away from it.

Seducing a man who is committed is never a good idea. Doing so causes pain that can easily be avoided.

Nothing is more attractive to a woman than for a man to love her with all his heart.

How happy would you be with yourself knowing you ended a marriage in order to find that 'happiness'?

A man in love

Although the letter can be a little controversial, I think the overall message is very positive. No woman in the world should stoop so low that they seduce a man who is already taken. As the letter says, if you get that man to leave his wife, what kind of person does that make you?

This article has been adapted and translated from the original, "Carta de un hombre (felizmente casado) a las mujeres que tratan de seducirlo," which was published on Familias.com. 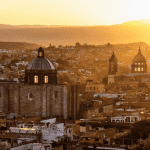 10 of the World's Best Places to Live…