An open letter to dating

Dating Culture Has Sat High on the Hog For Too Long; Let's Put It in Its Place and Uncover the Dark Underbelly of Trying to Relate.

I haven't seen you for years now, but for some reason I've been thinking of you lately. We actually have quite a few memories, the two of us. Remember that one time you had a bunch of us get together at some random grandma's house in the middle of nowhere and play Apples to Apples for hours? Or the other time we ran an obstacle course in high heels? Yeah, good memories, good memories.

Now, before you storm off in a huff to ruin more tender-hearted people, let me finish. There were times when you pulled through and delivered a really good time; the thing is, there was one of those to every 10 crap moments. I really wondered whose side you were on most of the time.

Just talking to a potential date was about as effortless as playing chess while skydiving blindfolded. But you made it a cultural requirement to ask a girl if she wanted to stare at me over dinner while I stared back, say nothing during a movie, then continue to say nothing while I took her home to shake hands on the doorstep.

You made me obsess about every move a girl made in my general direction, even if she just looked up at me from the drinking fountain in the hall. I became borderline psychopathic trying to find out if anyone "liked" me.

The sheer emotional weight alone would have been enough to end a person, but that wasn't satisfying enough for you.

You had to invent formal dances.

Then you had my date and I mortgage what little financial security we had to rent sequin-studded gowns and penguin tuxes, comfortable as straitjackets, so we could dance in them, and the only move we ever knew was the Frankenstein walk.

By the way, it was really low bringing parents into this mix all the time with their talks: "You're not getting any younger," and, "You're a menace to society," and, "When are you moving out?" I was really doing my very best to stay young, contribute to society and move out.

And I haven't even mentioned the trauma and drama of becoming someone's boyfriend or girlfriend. If that happened, I had to evaluate how I walked, how I talked, whether I breathed too loud. I certainly didn't want to break up because eventually I had to talk about the "M" word. And if I wanted to ask my significant other about the "M" word, and if I asked too early or too late, then things got messy and ugly and scary and usually not good for either of us, and I'd run away scared or angry but always single and have to start all over again.

Things are better now. I can take my wife to Wendy's, and we don't even have to say a word to each other. Most of the times, when we sit quietly at Wendy's, we're just laughing at your other victims, so obviously stuck between a forced conversation with a real person and another cat video on Facebook.

So, Dating, I know you're useful and you have things to teach all of us-hard lessons, most of them-but you're not nearly as important as you think you are. Just tone it down a little, please.

Thanks for letting me get that off my mind. I genuinely hope you're doing well.

Happily Married Despite Your Best Efforts 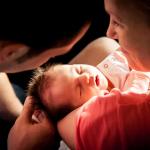 Why We Need to Stop Saying, 'you're Not…