Couples Who Do These 4 Things Together Are Happier, According to Experts

These Are Scientifically Proven Ways to Find Relationship Happiness.

The little choices you make every day within your marriage determine your overall marital happiness. Research from psychologists and family experts show that there are specific things blissfully happy couples do that struggling couples don't.

Some study results might seem like common sense, but it's definitely interesting to see which factors are scientifically proven to make marriages happier.

If you and your partner laugh a ton together, there's good news in store for you. According to a marriage study, couples who share more genuine laughter together are closer.

"In general, couples who laugh more together tend to have higher-quality relationships," says Laura Kurtz, a social psychologist and researcher for the study. "We can refer to shared laughter as an indicator of greater relationship quality."

"It feels good when you can put a smile on someone's face by simply being yourself."? Photo by @devinjenkinsphoto Tag dirtyboots and use #DIRTYBOOTSANDMESSYHAIR to be featured! Also share your work in our FB group.

A post shared by Dirty boots and messy hair (@dirtybootsandmessyhair) on Aug 4, 2017 at 7:03am PDT

The study involved 77 heterosexual couples each sitting for a filming while recounting the story of how they met, finishing with a closeness and compatibility survey. Researchers then analyzed each couple's video for frequency and duration of laughs. They found a significant correlation between quality laughter and high scores on the compatibility surveys.

The researchers also noted that females laughed more often than males, but men's laughs are more contagious (when they laugh, they are 1.73 times more likely to make their wives laugh).

According to a study published in the journal Emotion, doing random acts of kindness for your spouse, even if they don't know about your deed, can boost your marriage bliss.

The study involved 175 newlywed couples with an average of 7 months of marriage under their belt. For two weeks, the participants recorded instances in which either spouse selflessly made a decision to meet their partner's needs, along with recording their own daily emotional states.

Never stop being a gentleman ✨ Photo by @ashlandashawnphotography Tag dirtyboots and use #DIRTYBOOTSANDMESSYHAIR to be featured! Also share your work in our FB group.

Though the study seems pretty straightforward, the psychologist researchers were actually surprised by the results. Of course, they expected higher acts of kindness to correlate with higher amounts of marital happiness, but what they didn't expect was the giving vs. receiving aspect.

"Our findings suggest that it's important to maintain an intimate connection with your partner, but you don't need to have sex everyday as long as you're maintaining that connection," lead researcher Amy Muise said.

So, don't feel pressured to get intimate as much as possible - just remember having sex at least once a week leads to greater marital bliss.

After surveying more than 500 people ages 18 to 92, another marriage study revealed a significant trend: keeping up a steady date night can be incredibly powerful for maintaining a long-term romance.

Researchers found this correlation was due to the fact that date nights keep relationships fresh, even though things change as the relationship grows older.

The study also made the distinction that couples who specifically tried new things on date nights, rather than just going through the same patterns each date, were also happier.

"Your identity as a spouse and as a couple often gets lost behind the routine chores and everyday tasks," relationship expert Aaron Anderson said. "You forget about things like talking as grown ups, flirting with each other ... so date night is an essential element to put into your routine as a couple because it allows you to focus on your relationship and on each other in adult ways."

These research-based ways to be happy might sound simple and intuitive, but so many couples neglect to do them enough! Luckily, these four ways to have a happier marriage actually sound fun and easy. From laughing more often to planning frequent, exciting date nights, your relationship will grow stronger in no time. 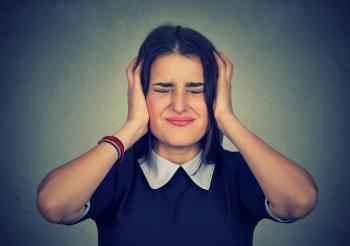 10 Things You Should Never Say to a…