Many People Believe Pornography is Harmless. But Here Are Some Important Things One Dad Wishes His Son Knew.

You have your own smart phone, and you have access to the family computer, too. I realize you know how to use these devices more than I do. I also realize that if you want to know anything, it's not hard for you just to Google it and find thousands of websites that will tell you about anything you want. But there are just some things that Google can't tell you; like whether Stephanie in your second period really likes you or not. It also can't tell you whether you should try out for the soccer team or the swim team.

Another thing that Google can't tell you about is pornography. I realize in this information age that you have probably already seen pornography (or at least have had friends show you). I also realize that, despite my best efforts, I can't shelter you from the Internet. And no matter how hard you try not to, you'll probably come across pornography, anyway.

First off, let me just say that there's a reason pornography is a multi-billion dollar business. A lot of men view it because it's exciting, and they find it attractive. As a boy yourself, you will, too. Don't feel embarrassed or ashamed by it when you see it and like it. It only means that you're human.

Second, don't let the excitement of it overrun you. It's fake. There's a reason they call the people in the videos actors - because they're acting. Real sex isn't like what you see online. It's not as loud, wild and vulgar. And it's not supposed to be that way, either. Pornography is widely made for men and meant to appeal to men's fantasies. As a result, producers create videos that are going to be the most enticing to men. But real sex isn't just for men. It's for women, too. And if you measure your sex life by what you see in the videos, you're going to be disappointed because it won't all be about you. Don't be the kind of guy who only wants his selfish desires satisfied. Your wife will like sex, too if you do it right - if you focus on her, too. And when you both enjoy it together, it'll be a lot better than anything you see online.

Fourth, pornography really can destroy a person. I know, I know. Millions of men view pornography, and they're not all perverts or deviants. And I know that most of the men who view pornography are regular, average productive citizens. Nevertheless, pornography really can destroy a person. It creates unrealistic expectations that will leave you unsatisfied sexually. It'll leave your wife unsatisfied sexually. And you'll be tempted to leave an otherwise great relationship. Or you'll get kicked out because it makes your wife unhappy. 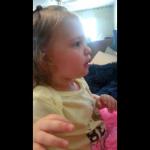 Watch What Happens When One Game of Peek-A-Boo…