Did You Know Alcohol Can Ruin a Marriage? Discover How and Learn What You Can Do to Prevent It.

Alcohol is the world's most popular recreational substance. People drink alcohol for a variety of reasons: to celebrate, to relax from everyday stressors, to fit in, etc.

But did you know alcohol can have a huge impact on your marriage?

Often, marriage problems and alcohol go hand-in-hand. Below are ways alcohol ruins marriages and tips on preventing these problems.

Even couples with the healthiest marriages end up having the occasional spat, but alcohol has a unique ability to fuel arguments.

Alcohol reduces your inhibitions, which can be fun in some situations but also leads some people to say or do things they really shouldn't.

Small slip-ups, such as telling your wife what you honestly think about her new dress or "innocently" smiling at the bartender, can lead to conflict that wouldn't have happened if alcohol wasn't involved.

A small argument while drinking won't necessarily put too much strain on a relationship. But, if they happen often, these arguments can affect both partners emotionally and create bigger problems.

Relationship counselor Christine Northam told Drinkaware that roughly a third of the couples she works with are in counseling because one or both of them drink too much.

The arguments couples have when drunk are sometimes brutally honest - revealing underlying issues that impact the relationship. Things that bother people when they're drinking might not bother them when they're sober, but the damage is done once accusations are made.

When the couple sobers up, the two people realize they've said or done things they can't ignore, turning small issues into much bigger problems.

Sometimes, alcohol can make some individuals angry and aggressive, especially when they drink too much.

Scientists have found strong links between aggression and alcohol. So, when a drunk couple fights, they're more likely to become physical.

Research has also shown that alcohol abuse is more likely to co-occur with domestic violence.

Alcohol addiction is life-changing. If one person in a marriage is suffering from addiction, it can cause them to become deceitful to their spouse in ways they wouldn't otherwise.

If an alcoholic is in denial about their addiction and refuses to get treatment, this can cause undue stress for the other spouse. As a result, the nonalcoholic spouse may start drinking more as well to cope with the situation.

Alcohol doesn't have to ruin your marriage

If you're worried about alcohol negatively affecting your relationship, cut back on your consumption and stay within the amount recommended by doctors.

Stick with drinks with a lower ABV (alcohol by volume), or alternate between alcohol and soft drinks and/or water when you go out. Make sure you always eat as well because food slows down your body's alcohol absorption.

Of course, the simplest solution is to stop drinking entirely.

If you or your partner suffer from alcohol addiction, the best option is to seek treatment. Keep in mind that even if only one of you has a substance abuse problem, it might be best for your relationship and health if you both abstain from drinking.

If you or your partner tend to overindulge when drinking, remember the negative consequences this causes your relationship to have: more arguments, worse existing problems, domestic violence and/or emotional strains.

Pay attention to how alcohol affects your relationship. Be proactive about fixing problems before it's too late. 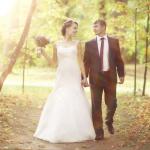 To the Bride in City Park