Often We May Think That the Passion and Tension Between the Opposite Couples is More Appealing... But is It?

In movies we tend to see two types of couples: those who are complete opposites and those who are very similar in many ways. Often we may think that the passion and tension between the opposite couples is more appealing and that two people who are similar may become boring and uninteresting. While the media may portray opposite couples as more vibrant and full of life, the truth is that couples who are more similar have deeper and longer lasting relationships, and they don't have to be boring or lacking passion.

What we often don't think about in terms of healthy and similar couples is if two people come together because they are similar or if they become more similar because they are together. A few researchers at Los Angeles University found that both are common amongst the happiest couples. So what does this mean for us when we are trying to find romantic partners? Read on to find out.

People are often attracted to those who share similar personality traits. Couples who are similar are generally happier together than those who are not. One of the reasons this may be is because they can understand each other better. The researchers found that those who connect more on a personality level are also more connected emotionally. If we are similar emotionally, it may help us communicate better and empathize with our partners better. Emotional connection is one of the strongest connections we can form with others, so it only makes sense that couples who can connect emotionally are happier than couples who become emotionally separated. Through emotional similarity, we can deepen our passion and the relationship thrives.

Even when we find someone who is similar to us, it may not mean we will always be happy with them. Just as important as finding someone similar to us is to continue to be similar. You have probably seen some couples who were really happy together at the beginning of their relationship and may have been very similar to each other at first. But over time, it is possible you have seen that same couple become less and less similar and less happy. The key to remaining happy is to learn to use our experiences together to help us grow together. This may sound boring, but we may find that adapting and changing in our relationships is actually one of the most exciting parts of being together. Many marriage and relationship experts say the healthiest couples think in term of "we," not "me". Or put another way, you want to grow and become a couple unit, not just two individuals who happen to be living with each other. After all, 1 (you) + 1 (your partner) = 2 (something new and unified), not 11.

So what does this all mean for our relationships? Research suggests that the happiest relationships are those where two partners become more similar and more like the same person. In other words, we become two halves of a whole rather than two wholes trying to work together. Birds of a feather also need to flock together. 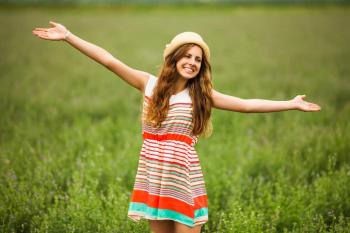 How to Raise a Girl With a Positive…