Do the names we use for sex reflect how intimate we really are?

Is How You Think About Sex Holding You Back From Real, Fulfilling Love?

It is remarkable how many different names we have in our modern English language for human physical intimacy. They run the gamut from beautiful, joy-suggesting names to ugly, exploitive terms and even words that we use for cursing. Perhaps the words we use have some influence on how we actually feel about sex.

Is it love that we want?

We love the phrase "making love." As we mentioned in an earlier article, intimacy can actually create an increase of affection, a multiplying of love and commitment.

"Intimacy" is also a wonderful term in itself, suggesting total trust and total sharing.

Other terms, however, connote opposite thoughts or meanings. Let's take, for example, the term "having sex". It's the common phrase we use now. We don't pause at all when saying it, but when you stop to think about the actual phrasing, it's no wonder that sex seems to have become something far removed from actual love.

The term "having sex" suggests the satisfying of a selfish appetite and depicts sex as an itch that needs to be scratched or as some kind of commodity you can "have" like a candy bar. It would be a worse name only if it was changed to "taking sex."

But the terminology gets worse: As we move even further down the list of the names we use for intimacy, we come first to slang and then to the ugliest and most demeaning swear words.

When we think of it (as we don't do often enough) it is astounding that we use the exact same words to describe sexual intimacy, as we do to express rage, criticism or derision.

Substituting the more beautiful and positive names for the obscene names points out how big the difference is. You wouldn't yell out in anger, "Oh love!" And you wouldn't put someone down or verbally abuse a person by saying "Intimacy you!"

What's in a name?

The factors that seems to create the dividing point between the positive, beautiful names and the negative, ugly ones is the level of commitment and the degree of selfishness and unselfishness that are involved.

When sex is about showing devotion and about wanting the other person to feel adored and fulfilled, it is best described as "making love."

When it is about lust and self-satisfaction and giving ourselves what we need, it is more appropriately named "having sex."

And when it is exploitive, forced or violating, the most accurate names also happen to be curse words and profanity.

Can you change your love life?

Benjamin Whorf, a linguist in the early 1900's coined the term "linguistic relativity" and argued that our language and choice of words shapes how we think about the world. And Guy Deutscher explains in his book Through the Language Glass that a small change in vocabulary may have an immense influence in your attitude toward the world.

Maybe if we change the names we give to sex it will also change our attitudes and our perceptions. And maybe if enough of us do so, little miracles might happen, like vulgar sexual words no longer being the most commonly used expletive in our societies language!

Maybe the intimacy within our marriages will become more intimate-physically, mentally, emotionally and spiritually - if we talk about it in more beautiful terms and if we think about it in more committed and unselfish ways. 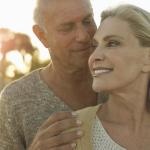 5 Ways to Embrace 'the Change'