Gender Differences Between Men and Women Are Essential

While Some Perceptions Have Helped Bring More Equality Amongst the Sexes, Others Have Hurt Some Essential Differences.

There are many pressures in the world encouraging people to confuse and homogenize gender differences. Many claim that men and women aren't really different at all. However, such differences are not only biological facts, but God-given certainties.

When God created Adam and Eve he made them equals and compliments to each other as earth's first parents. As time passed, the world continued to view men and women as two different groups of people with complimentary skill sets. Unfortunately, viewpoints were soon corrupted to portray women as the weaker and inferior sex; servants to their male masters. This belief continued for centuries, changing only recently.

Huge changes in the 1960s and 1970s brought about the sexual revolution, feminism, and women's rights movements. Fortunately for many women, gender inequality started negating. But then this movement was perverted and today, only a few decades later, we see the equal roles idea has become corrupted yet again.

Now there is a movement attempting to prove that men and women, while equal, are basically genderless. Today's popular belief says we are all part of a homogenous society, just humans, with no gender characteristics excepting a few body parts.

God never placed one sex above the other. It has only been society that skewed gender roles. Without our essential gender differences we would lose many opportunities to learn and grow from each other. Ignoring genders also places families in danger as the roles of mothers and fathers are slighted.

Scientific studies have shown, genetically, men and women's brains are different. No matter how loud the world declares the two sexes as the same, biologically and genetically we are different. It is ironic that, during this time in the world when the ideas of understanding identity and uniqueness are so rampant, people also see homogenizing gender as needful.

Unfortunately, much of this homogenizing leans toward making women more masculine. Many women are told, and believe, they need to discard their natural tender tendencies to be tougher and edgier. At the same time, numerous women downplay their century-old pivotal role, that of being a mother, as "just a mom." This rampant phrase has desensitized so many that most never realize how demeaning the word "just" is when paired with the title "mom."

Blurring gender continues when some women, thinking equality corresponds with less respect, shun men who attempt to open doors, carry heavy things, or show deference. By refusing to let men become gentlemen, many of these women promote disrespect towards all women, thereby confusing genders even more. Every time women encourage men to treat them similarly to their male companions by denying their inherent desire to protect and serve, they quash some of men's wonderful, natural inclinations. Mothers, now is the time to teach your sons the importance of being gentlemen.

According to the study published in The Open Anatomy Journal, one essential difference is how empathy and logic are displayed between the sexes. While men's brains are proportionally larger than females, women's brains have more nerve cells and connectors. Also, women are more sensitive when it comes to feeling both their pain and that of others. This difference in empathy is an important scientifically proven fact between men and women. Women's biological inclination to help those who are hurting helps them naturally take on nurturing mother roles. Men, as their biological compliment, are not as inclined to be hypersensitive towards the emotions of others, making it is easier for them to see the world more logically. Neither empathy nor logic is better. Rather, both are needed for families to enjoy greater harmony.

In her comprehensive research, developmental psychologist Susan Pinker found that in part, because of the empathetic brains of women, it can be difficult for many of them, guilt-prone as they are, to happily succeed in the long hours and demands of high-pressure jobs. Please note that the preceding sentence didn't mention that women can't successfully complete such jobs as ably as men, only that it has been scientifically found to be more difficult for them to be happy while doing so. Because women's brains are biologically more empathetic than men, they are more aware of the subtle changes of coworkers' emotions. While this gift can be beneficial in some cases, when climbing the corporate ladder it can also enable tremendous feelings of guilt. This guilt in women can also be triggered when they attempt to be successful in the home and their careers. Depending on where they spend more of their time and energy, they will often feel guilty about either neglecting their families or their work responsibilities, always second guessing if their priorities are correct.

On the flip side, because men are often oblivious to the varying emotions of those around them, unless those emotions are extreme, men don't experience as much guilt over missing time with their families to work long hours or bullying their way around the workplace. Because they biologically operate in a more logical manner, they are often more successful in climbing the corporate ladders because they simply don't feel as much guilt. Since they aren't focusing on the emotions of others, men are usually the ones who can find logical solutions for many problems, thereby simplifying much in life. This logical perspective also helps men enjoy better peace of mind because they aren't as prone to guilt as women.

These two qualities, empathy and logic, are needed in order balance and complement each other. One is not better than the other. But one without the other can easily upset the balance of couples, families and countries.

The gender differences in men and women are not only essential, they are biological. When people choose to homogenize themselves they choose to ignore and suppress their identities. It is only by accepting and respecting such differences that both genders can find greater harmony with each other and with God. 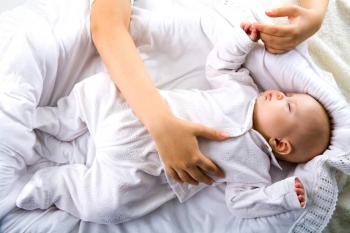 Valuing Those Who Nurture