Here’s why men get the flu worse than women

A New Study Has Found That the Man Flu - the Idea That Men Suffer From Flu Symptoms Worse Than Women - is Actually True.

The study, done by Johns Hopkins University, found that women can fight off many of the flu virus symptoms through estrogen, a mainly female hormone that helps develop the reproductive system in women.

Estrogen specifically stops the reproduction of the virus' cells, The Huffington Post reported. Viruses usually spread when the cells replicate. But when estrogen kicks in for women, it makes women "less prone to illness and are less likely to spread the disease," HuffPost reported.

It's still unclear whether or not the hormone can stop the flu if used like it's treating infertility or menopause.

To find this, researchers looked at the cells of the flu virus, estrogen and some other forms of estrogen, one of which was similar to that used in hormone therapy. In most cases, estrogen stopped or reduced the replication of virus cells in women, and it stopped the virus from spreading. That was not the case for men.

Though research still needs to be done to round out this finding, Sabra Klein, the study's lead author, said it's possible that estrogen could be used like it is for treating infertility through hormone therapy to treat the flu.

"We see clinical potential in the finding that therapeutic oestrogens that are used for treating infertility and menopause may also protect against the flu," she said.

This isn't the first time that research has found the man cold is not a myth. Back in 2014, a Harvard study, just like the Johns Hopkins study, found that men lack sex hormones that will boost a woman's immune system, Daily Mail reported.

The Harvard study used male mice to find this, opposed to humans, like the Johns Hopkins study.

Additional research has also found that men often run higher temperatures and "feel rougher" when they're fighting off a cold, mostly because they have extra temperature receptors, which makes them feel more symptoms.

The idea of the man flu or the man cold is no myth, though. It's often used as a tongue-in-cheek way to talk about how a man deals with the common cold. While women often carry through a cold like it's nothing, many men show opposite emotions, which people call the "man cold."

In fact, the "man cold" theory has dated back for many years, with many people saying it's a result of men feeling more pain for their sickness. Researchers from the University of Glasgow found that men and women have different thresholds for pain when they're sick, with men feeling more pain than women, according to WebMD.

But this isn't always the case. In fact, a 2013 survey found that women complain more about their cold symptoms than men, Daily Mail reported.

Dr. Amanda Ellison told Daily Mail there's not a correct answer on who feels more pain, men or women, rather that it's just another piece of the ongoing discussion about the differences between both genders.

"It is part of the whole argument about the differences between men and women and how their behaviour can be influenced by differences in their brains," Ellison said. "The debate will rage on and quite rightly so. The trouble with man flu has always been that there is not much hard evidence that the feelings are worse in males than in females." 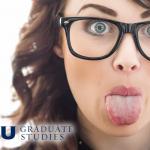 6 Ways You Are Disrespecting Others and Don't…