It Doesn't Matter How Long It's Been Since the Breakup: Discovering Your Ex Has Moved on With a New Boyfriend or Girlfriend Can Feel Like a Punch in the Gut.

For three years, Meaghan was in an on-again, off-again relationship with one of her best guy friends. When she accidentally got pregnant, he supported her through an abortion. Just two weeks later, though, he hooked up with one of their mutual acquaintances. Then he ghosted Meaghan.

“As you can imagine, it was pretty agonizing,” Meaghan, who asked that we withhold her last name for privacy reasons, told HuffPost.

Three months later, she found out he had gotten back together with his ex — the woman he would typically date whenever he and Meaghan were in one of their “off again” periods.

Though running back to this woman was “super in character for him,” Meaghan said she was still shocked by the news.

“I tried to tell myself that he didn’t really love her and that he just needed something comforting to go back to while he navigated a difficult and lonely time in his life,” she said. “But underneath it all, I knew it didn’t matter. I knew we had to be done and that I had some painful emotions to process.”

Over time, Meaghan said, she’s been able to move forward; she’s finally come to a place where she genuinely hopes the two of them are happy together. But as anyone who’s been in this situation knows, finding out your ex has moved on with someone else can be devastating.

“When we have given someone our heart, as well as the most intimate part of our-self, it’s excruciating to feel replaced or disregarded,” said Nashville-based psychotherapist Jeannie Ingram.

Even if you were the one to initiate the breakup and have no intentions of getting back together, watching your ex move on with another person can bring on distressing emotions.

“If you have any lingering attachment, you will have a resurgence of desire, anxiety and regret that’s often mysterious to you when you attempt to make sense of it intellectually,” said therapist Lisa Marie Bobby, author of “Exaholics: Breaking Your Addiction to an Ex Love.”

According to Bobby, one reason we may have such a hard time dealing with romantic rejection ties back to our hard-wired, evolutionary need to bond — and stay bonded — to others in order to survive.

“It’s not rational,” she said. “It’s simply a function of our monkey-mind survival drives doing their job to protect us.”

Here's how to deal if you're having a hard time.

Let yourself feel whatever you’re feeling.

Don’t beat yourself up for caring still, no matter how long it’s been since you and your ex were together.

“Even if you and your ex dated eons ago and you think you should be ‘over it,’ the waves of grief often feel fresh because, really, they are,” said San Francisco-based marriage and family therapist Lynsie Seely. “You are facing a new part of the grieving process that you haven’t had to process yet.”

Try taking some deep breaths, cry if you need to, journal your feelings or open up to a confidant.

“What you’re doing is honoring how deeply your heart loved and can love,” Seely said.

But refrain from acting on those emotions.

It’s only natural for jealousy and bitterness to crop up when you see your ex with someone new. Acknowledge those feelings, know that they’re normal and remember they will pass if you give them some time.

“Sometimes these feelings give us an urge to want to talk to our ex, criticize them and their new partner, seek revenge or try to compete with them in some way,” said Gina Delucca, a clinical psychologist in San Francisco. “While some of these actions might give you temporary relief from your feelings, they won’t help you in the long-run in terms of prioritizing yourself and moving on.”

Once you realize your ex is off the market, you may also experience a rush of desire or longing for this person, Bobby said. You may start to look back on your imperfect relationship through rose-colored glasses. But don’t get swept up in thinking these are signs you should actually get back together.

“It’s similar to having withdrawal symptoms from breaking your attachment to a substance,” said Bobby, clinical director of Growing Self Counseling and Coaching. “Just because you’re craving heroin doesn’t mean you should use it.”

Stop looking up your ex and their new S.O. on social media.

It’s tempting, we know. But obsessively checking their Instagram photos is only going to derail any progress you’ve made in moving forward.

“Doing so just keeps you preoccupied with them and it makes it easy for you to make faulty assumptions about how their life is going compared to yours,” Delucca said.

Figure out what excites you.

Now’s the time to tune into what makes you tick so you can start focusing your energy on something productive. Perhaps you can revisit an old hobby you once enjoyed or try something new entirely — anything that “conjures a sense of excitement, meaning, or passion,” as Seely put it.

“Is there a new hairstyle you’ve been thinking about, a particular style of clothing you’re attracted to, is there a destination you’ve been meaning to visit? Go for it!” she said. “The time following a breakup is so much about rediscovering who you are in this exact moment and redefining your identity as an independent person.”

Come up with your own “letting go” ritual.

“Throwing stones in the ocean to release your burden, safely burning an object that is symbolic of your relationship, imagine cutting an energetic cord that is connecting you to your ex,” Seely suggested. “Let whatever ritual you do mark the transition of an ending to a new beginning.”

If you’re really struggling or engaging in unhealthy coping mechanisms, talking to a therapist about how this news has affected you can be beneficial. And even if you think you’re handling it OK, opening up to a counselor could still be useful in your healing.

“It is understandable to be sad and hurt. If it turns into depression, dysfunction, relying on alcohol or other drugs, lack of self-care, it’s time to see a professional,” Ingram said. “Talking really does help.”

This article was originally seen on Huffpost.com.

Kelsey Borresen is a senior reporter at HuffPost Life, covering love, sex and relationships. She is a graduate of the University of Southern California's Annenberg School for Communication and Journalism and lives in Los Angeles.
nextarticle 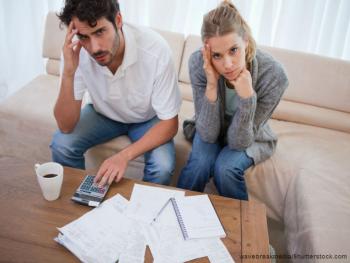 7 Tips For Coping With Stress as a…