How to Forgive When You Can’t Trust

When You Hold a Grudge Against Someone Who Has Wronged You, It is Likely That You Hurt Yourself Far More Than the Person Who Wronged You. You Would Likely Prefer the Peace That Comes From Forgiveness, Even if You Know You Can Never Trust Him Again.

When you hold a grudge against someone who has wronged you, it is likely that you hurt yourself far more than the person who wronged you. You would likely prefer the peace that comes from forgiveness, even if you know you can never trust him again.

Forgiveness and trust are two different things. While they often have a close association, it is important to see the distinction.

Forgiveness is largely about how you feel

If someone violates your trust, you may need to be forever vigilant in that relationship to avoid the same violation of trust. If someone steals from you, it is possible, even likely that you can forgive that behavior. You'd be wise, however, to take measures to prevent the same person, or anyone else, from robbing you in the same way. That would in no way suggest that you hadn't forgiven the initial perpetrator.

Let's consider, briefly, the real world example that likely brought you to this article. Your husband violated a sacred trust. Perhaps you caught him viewing pornography or having an emotional affair. Perhaps he flat out cheated on you. What now?

You are within your rights to pack up his things and kick him out. Countless women have done as much, and he certainly deserves it. Is that really what you want?

On the other hand, if you don't hold him to account in some way, you risk becoming his door mat. That is unacceptable.

Here is a situation in which you may wish to forgive but cannot trust.

At the same time, it may be difficult for your husband to change his behavior. You don't help him if you send the signal that nothing has changed, and you'll love him no matter what. He needs to understand that he needs to re-establish trust in the relationship and that this will take a long time.

You need to set boundaries, limits and means to verify his activities. At the end of the cold war, the two superpowers agreed to a principle they called "trust, but verify," which in all honesty is not trust at all. But it is the principle upon which trust is built over time. You can't go to work with your husband every day; nor can you go everywhere else with him. You can (and should) work out ways to verify that he is where he says he is and is doing what he says he's doing.

He will eventually thank you for helping him to overcome inappropriate behaviors by refusing to trust him before he earns it again. 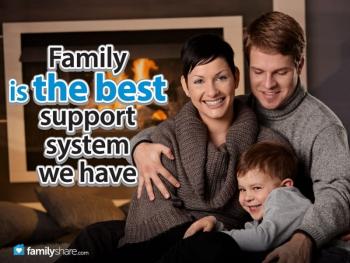 How to Cope With a Bipolar Spouse