It's Hard to Understand Why Women Can Degrade Other Women But There Are Certain Things Women Can Do to Stand Up and Support One Another.

"Why are women so mean to other women?"

This question consistently haunts and plagues the minds of several women. Of all the challenges a woman must face in this world, mean girls seem to be a large source of discouraging angst. It does not matter if we call it passive aggression, bullying, or indirect questioning of character, a negative association between women can make tackling the day near impossible and can shatter a strong woman's confidence.

Psychologist Ditta Oliker described recent portrayals of female aggression to be similar to that of excluding, teasing, withholding secrets, rumor spreading, gossiping and hostile backstabbing. All of which tend to paint the victim as undesirable.

"The behavior and associated anger is hidden, often wrapped in a package seen as somewhat harmless or just a 'girl thing,'" Oliker said. "The covert nature of the aggression leaves the victim with no forum to refute the accusations and, in fact, attempts to defend oneself leads to an escalation of the aggression."

The escalation of degrading and hurtful comments shared amongst women is described by psychologist Meredith Fuller as a lack of empathy and understanding for women with views other than their own. A woman prides herself on the power she is able to exert, without the sense of dominion or control she feels a sense to defend her point of view.

Facing social aggression from other women can seem intense and nearly impossible at times, but there are a few things you can do to help you cope and face your counters as an equal.

Paint your face with the best stroke of confidence your body can offer... a smile. Keeping a pleasant and optimistic countenance can help you look and feel less nervous, insecure or defeated when you face opposition.

In wake of aggression a woman must remain resilient and always aware of their self-worth. In a world filled with ever-changing technology, social aggression and attacks on women have become less predictable and less visionary.

"Since the "weapons" have a stealth nature to them, there is less possibility of anticipating the specifics of an attack and fewer actions to defend against an attack," Oliker said.

With unexpected passive aggressive comments slid into conversation daily, it can be hard to prepare yourself for the subtle attacks. Guard yourself with a shield of faith in yourself and seek out the company of those who uplift you, not tear you down to help prevent a decrease in self-confidence.

Do not be afraid to stand up for yourself. Discover the balance between respect and assertiveness. There will be times where you must remind the other individual you are not a passive target.

Be yourself and never allow another's perception of you dictate your self-worth. Confidence exudes that you are secure with who you are and are not easily targeted or victimized.

Pause before you speak

You cannot control what others say and do, but you can control your response. Your ability to withdraw from the situation to temporarily analyze the best way to respond can save you from a whole awful lot of trouble later on. Calming the matter by thinking things through instead of intensifying the situation is crucial in facing female aggression.

Focus on your talents

Tackle insecurity and lack of self-confidence by focusing on all the things you are good at. Creating a positive outlet where you can exhort all of your energy will help you find a purpose.

Find your way to cope

Discover the best way for you to vent and cope with the stress. Talk to a trusted friend about the situation, read a good book, hike or take a nap. Unplug and find your happy place. 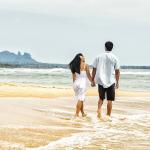 Ho'oponopono: Why Hawaiians Have Stronger Marriages Than Other…