Rather Than Fearing the Turmoil That Often Swirls Through Our Lives, How Can We Instead Be the Light That Shines in the Dark? Meet Three People Who Did Just That.

The world can sometimes be a scary place in which to live and raise our families. There's no shortage of war, violence, poverty and disease out there. But responding to that turmoil by shutting down and pulling away, rather than by reaching out, only adds to the existing problem. Rather than fearing the dark, we can be the light that penetrates the darkness, driven by our sense of faith and optimism. We can remain open hearted in the face of turmoil.

Philanthropists Bill and Melinda Gates, in a 2014 college commencement address delivered at Stanford University said the following: "Optimism is often dismissed as false hope. But there is also false hopelessness... We can help people if we don't lose hope, and we don't look away." When people lose all hope, they give up, shut down and sometimes even die. We can engender, rather than destroy, hope in others.

There are few of us unacquainted with the Ice Bucket Challenge that swept our schools, sports fields, and Facebook pages, all done in support of finding a cure for ALS. To date, the Ice Bucket Challenge has raised more than $100 million to fund the research for this degenerative neurological disease. While this idea has often been attributed to multiple sources, Wikipedia states, "The most commonly accepted origin credits Pete Frates, a Bostonian who was diagnosed with ALS in March of 2012." Rather than pull the covers up over his head, when he was diagnosed with a degenerative disease, Frates found a creative way to raise money to fund the research that will someday, hopefully, find a cure for him and thousands of others.

During World War II, while on a two-week vacation, then just Nicholas Winton, found a way to get 669 mostly Jewish children out of Czechoslovakia, thus saving their lives and the lives of their now 15,000 descendants. He saw a need and filled it to the best of his ability. He didn't let the fact that he couldn't eradicate evil in the world keep him for doing something to minimize it. Today the British philanthropist is 105 years old and still looking for ways to help others.

Focus on what you can do

Pulling together, we empower each other. The advent of so much social media means that we now live in a very small world. We can use that social media to make a positive difference in the lives of others by focusing on what we can do and not on what we can't, just as Pete Frates did with the Ice Bucket Challenge.

If we choose to be courageous and not fearful, we will find peace in the midst of instability. We can solve problems rather than ignoring them. We can act rather than waiting to be acted upon. We can find ways to care about and love others, letting optimism and hope for a brighter future drive what we do, instead of allowing the fear of undesirable outcomes control our lives. 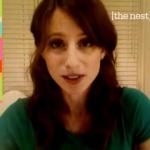 Does Your Better-Half Get on Your Nerves?