How to stop fighting about money once and for all

Is Money a Constant Battle in Your Home? Here Are Seven Ways to End Those Fights Forever.

According to a nationwide study conducted by Money Magazine, 70 percent of all couples fight about money-more than snoring, household chores or sex. Twenty-two percent of husbands and wives have spent money they didn't want their partner to know about, and sixty percent check their bank accounts more frequently than they have sex. Frivolous spending is the most common reason married couples fight, followed by savings, deceit and exclusion from decisions.

Clearly, money is a huge source of conflict and tension for most couples. But thankfully, it doesn't have to be. It is possible to stop fighting about money once and for all.

Whether you and your spouse fight about money constantly or you simply don't see eye to eye from time to time, it is possible to work through your differences to come with a solution you can both be happy about. Here's exactly what you need to do:

1. Commit to Working Together

It doesn't matter if you know a lot about money and your spouse knows nothing or the other way around. Unless you committed to working together as a team, it's never going to work. It isn't easy - it will probably take a lot of hard work and painful discussions - but the end result is worth it.

2. Get Everything Out in the Open

As toxic as lies and secrets are to your bank account, they are even more toxic to your marriage. Set aside a block of calm, uninterrupted time when you can sit down together and get everything out in the open. Whether you've been keeping secrets from each other or you honestly don't know where you are financially, it's time to figure out where you're really at.

This means sitting down together and listing out ALL of your bills, expenses and spending as well as ALL of your income and savings. You can't figure out where you are going until you know where you are.

3. Get to the Underlying Issues

Earning and spending may be simple addition and subtraction, but when it comes to finances, it's usually much more complicated than that. You see, most fights aren't actually about the dollar amounts (though they may feel like it at the time). Instead, they are usually symptoms of underlying issues that need to be addressed.

Whether your spouse is the spender or the saver, have you ever stopped to consider why? Perhaps they grew up in poverty and are scared to death of experiencing it again. Perhaps all of their friends had nice things but they didn't, and they always felt inferior. Until you get to the real root of the issue, you're never going to solve it.

4. Choose a Plan You Can Both Agree To

Like I mentioned in number one, if you aren't on the same page, it doesn't matter how excellent your plan is, it is never going to work. Sit down and write out a budget you can both agree to. This will take a lot of compromise, and maybe even some anger and tears, but stick with it until you get there. You will.

As you work through your budget, DON'T just say "Okay, I'll spend less" or "Okay, we'll go out to eat more often" and call it a day. Phrases like those are too vague, and won't make a difference. Write your budget out on paper and include exactly the amount that you will allow yourselves to spend in each area. This way you can track your progress and make sure you are actually sticking to the plan.

Speaking of tracking your progress, yes, you need to do that. A budget only works if you follow it. Following a budget doesn't have to be boring or limiting. It simply means that you decide how much you will spend before you spend it, and then you do what you have agreed to do. Regular reviews (done together) will help you make sure that you are on the right track and that you are spending your money the way you want to, not just letting it slip through your fingers.

Plus, the more often you talk about money, the less awkward it will be.

7. Learn to Appreciate Each Other's Perspectives

Chances are, if you're like most couples, you aren't going to see everything eye to eye. That's a good thing! If you agreed on everything, there would be no need for two of you.

Instead of worrying about your differing viewpoints, use them to your advantage. Take the best of both of your perspectives and combine them into one awesome strategy that will really serve you well. Your relationship is unique. Your money plan should be too.

You've made it to the end of this article. The next step is yours. Are you going to continue the way you are going, fighting about money all the time? Or will you actually sit down and go through these steps with your spouse. You may just be surprised what happens if you do. 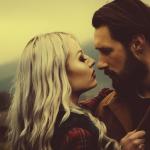 How a Healthy Sex Life Can Improve Your…