How to tell when you’re losing him

Does your man do any of these things?

Ladies, we can pretty much tell when a man is interested and, unfortunately, when that interest is waning. We may not know why the relationship is losing its spark or why he is pulling away, but we can feel it is coming to an end. It is never fun, but that feeling is probably the most important element to figuring your man out. To know if you are really losing him, go with your gut, but also look for some of these signs that he is pulling away:

1. He only wants to hang out in groups

Yeah, this is never a good sign. When he trades intimate alone time with you for group hangouts or a guy's night out, it is a clear sign he is looking at other options. His goal is to find his place in the world again, so when he leaves you he has friends (and maybe a girlfriend) to move on with.

2. He stops touching you

If you always hold hands when you go out, or if he always has his hand on your back when walking down the sidewalk...and those small but intimate touches abruptly stop, he is pulling away.

If your man is pulling away, deep conversations are traded in for an annoyingly large amount of small talk with a few one word answers sprinkled in. Talking with your partner should be fun and effortless, so if it becomes grudging and awkward,that is a sign you are losing him.

4. You are not his first, second or third priority

If he loves you, then he will make time for you. Maybe he has one or two things that come before you, but any more than that means he doesn't deserve you. You should be his top priority and he should make you feel that way. If he is putting friends and unimportant hobbies before you, it's a clear sign he is moving on.

If he stops making plans for the future or becomes unsure about his Friday nights, he is probably keeping his schedule free for someone or something else.

He doesn't dress up to see you anymore, he doesn't surprise you at work with flowers and he never texts you just because. He is there, but he isn't really there because he has stopped putting any effort into caring when it comes to you. When he's given up, it's time for you to do the same.

If he tells you how good of a friend you are, or if he introduces you to others as his friend that is his not so subtle way of telling you he just wants to be friends.

8. He becomes very protective of his cell phone

He shouldn't care if you know the pass code to get into his phone or if you read a text over his shoulder. So when he becomes overly protective of his phone it's a dead giveaway he's hiding something from you.

This one is pretty obvious, but all too often when a guy tells us he wants to take a break just to figure things out, we stick around. We let him have his freedom while we wait until he gets bored and comes back to us. If he says he wants to take a break, but doesn't officially break it off, that is your cue to let him go and move on with your life.

The man who loves you should never purposely hurt you. If you end up crying more often than not when you are together, then he is probably trying to push you away to save himself the trouble of actually having to break up with you. Don't stand for this kind of manipulation.

Losing him is hard, but living with the signs is even harder. It may seem like the end of the world when he starts to slip away, but let him go. Grieve, but learn from him and open your heart to the future. Who knows? Losing him could open the window for someone else. 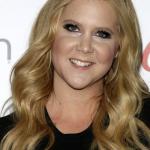