I Didn’t Marry My Soul Mate

I Get to Choose to Have the Marriage I Want With the Man I Chose to Marry.

This story was originally published on KSL.com. It has been reprinted here with permission.

The night I met him, we stayed up all night just talking. We laughed so hard I was afraid I would wet my pants in front of him. He was 23 and I was 21. It was beyond natural being with this person who was in so many ways just like me, but different enough that I loved learning from him.

It was instant that connection.

The next time we were together I knew it wouldn't be the last. Never did something seem so obvious to me than this: he was my soul mate.

When I left the country for 18-months, I knew he'd be there when I returned. How could he not be? I had had too many experiences where it didn't just feel right, it was obvious we were meant to be.

Of course, he would be there when I got home.

Two months before I returned, he got married and my heart broke.

Who would I marry? Was it possible to feel that strongly about someone again? Would I be settling for second place? Was that fair to whoever I did marry? Why would God do this to me?

The opposite of my soul mate

Unbeknownst to either of us, we were in the same high school graduating class. I remember seeing him around the halls and thinking he was good looking. I even wrote in his year book, but I never got to know him.

The first time Travis and I went out, he showed up in an '88 Mustang - a muscle car of all things. It fit perfectly with the tight shirt he was wearing. The shirt was stretched over bulging muscles that I was sure were his primary focus. His hair was spiked and he wore a Pukka shell necklace. We were both 23.

He picked me up at my parents' house. On my way out the door I turned, made eye contact with brother and rolled my eyes. This would never work out.

Travis didn't talk much, which was fine since I wouldn't have been able to hear him over the roar of his car. We went to dinner. He didn't make very many comments, except to tell me that he'd never had a girl finish her food before he did.

Yes, this was definitely not going anywhere. I excused myself to go to the restroom while he paid for dinner. When I came out he was gone. I went outside thinking he may be waiting for me out there. I noticed a homeless man asking people for money so he could eat. That's when I saw Travis come outside.

He didn't notice me and must have thought I was still in the restroom. I saw that Travis had a bag of food he must have just purchased from the restaurant. He promptly walked up to the homeless man and gave it to him along with $20: "I thought you might be hungry," was all he said.

He never knew I saw.

On the way home, I made more of an effort. By the time he took me home, I knew I had judged this boy wrongly. It was me that had been lucky to go out with him, not the other way around.

From then on, we were together. We never stayed up laughing all night. I never got butterflies when he kissed me or held my hand. He didn't sweep me off my feet, and he wasn't one to compliment me very much. But he was stalwart where it counted. He was pure and simple good. He did what was right because it was simply that - right. We just made sense together.

It came time for us to either get married or part ways. I didn't want another heartbreak or to waste my time on something if it wasn't going anywhere. The only problem was, neither of us knew how to tell if it was right. Weren't you supposed to feel butterflies? Or stay up laughing all night? Or have a booming voice from heaven, or get some kind of guarantee that this was your soul mate?

Neither of us got any of those things. All I knew was that I was completely comfortable with Travis, that he was a good human being, that he loved God and tried to do what was right. Somehow I had fallen in love with this man who was the opposite of my soul mate and I perhaps the opposite of his.

The best advice: It doesn't matter

Sometime after that, I received what could possibly be the best piece of advice I have ever been given. I asked a wise older man at our church, how to know if Travis and I were right for each other? He laughed.

"You're both very good people, with a strong belief in God," he said. "It's your choice who you end up with and what kind of marriage you have."

It was so simple, but nothing had ever been so clear to me in that moment. That other boy from before and me, didn't end up together not because God hadn't wanted us to, not because there was someone better for me or him and maybe not even because it wasn't right. I was gone and a great girl came along and he chose her. It was that simple and that was OK. My life wasn't over; my chance for true love was not gone.

In that moment I realized something: It doesn't matter whether or not we think we've found our soul mate. A soul mate is whoever we choose it to be.

Yes, in marriage there will be times when we want to throw in the towel regardless if you married your "soul mate" or not. All of us will have those times. For Travis and I, there have been entire years where we have drifted apart and didn't know how to get back. Financial struggles, job loss, death of family members and depression are just a few of the things that have tugged at us throughout our marriage. They've probably tugged at you, too.

Lucky for me, the man I chose turned out to be an awesome choice, though I didn't fully realize it nine years ago. It took some hard times for us to become much closer. There will surely be more hard times for us and maybe even more times of wanting to throw in the towel, but I guarantee that there will be many more wonderful times like the ones we've already been privileged to enjoy together. We are lucky.

The more I choose us, the more I realize something: I didn't marry my soul mate, but that doesn't matter. He has become it. 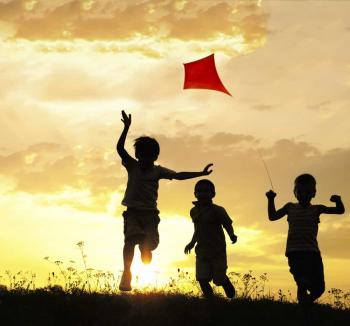 7 Things You Should Never Tell Your Child