I made my wife cry and it changed our marriage

As My Wife Began to Cry Over Her Cashew Chicken, Our Marriage Was Forever Changed.

Editor's note: This article was originally published on Doug Hunt's blog. It has been republished here with permission.

We have never had a bad year

That is the truth. There have been moments that were hard or stressful but there has never been a time when we have fought a lot. She gets the credit for that. I have given her plenty of reasons for us to have bad years!

There was one time when I made Shelley cry at Cheesecake Factory in downtown Boston. We had been married five years and Emily, our first born, was about 4 months old. About eight months earlier we had moved from Little Rock, AR. to Boston, MA. to start a church. Life was crazy and fast. Everything was different.

So, we were out on a date one night at Cheesecake Factory and I asked Shelley, "How are you doing?" I wasn't necessarily trying to start a deep conversation but almost instantly she began to weep right into her cashew chicken. Uh Oh.

As we talked, I realized that through the stress of life, though everything was basically OK, I had done a poor job of really knowing what was going on in Shelley's heart. I wasn't loving her well. I was pretty much clueless.

That moment taught me a huge lesson about being a husband. As life changes we change. As we change we need to learn to love differently. We should never believe that we are done learning to love our spouse.

It was time for me to learn how to be a better husband by learning to listen better to her life. So we started having an intentional conversation every month that has been amazing for our marriage. At first it was hard but over time has grown into sweet moments of intimacy for us.

To make it work we had to come up with rules for the talk. We wanted it to be a healthy conversation and not an argument. Here are the rules we set.

Then we would ask each other questions like these

At first these conversations could be a little scary but over time they became amazing times of encouragement and love. Now, we don't have to schedule those conversations. They just happen along the way of life.

Even though that moment in Cheesecake Factory was hard, I am extremely thankful that it happened. That changed our marriage more than any other conversation we have ever had.

These conversations have shown me over and over what a loving wife I have. She listens. She encourages. She speaks truth. She loves me well even when I am clueless.

Doug has enjoyed 16 amazing years of marriage to Shelley. They have 3 kids, Emily, James and Andy. The Hunt family currently lives in Fort Smith, AR where Doug serves as Pastor of Small Groups with Community Bible Church.
nextarticle 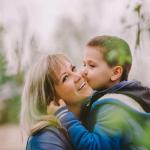 I Never Thought I Wanted Kids, But I…