If this poem by a boy with autism doesn’t make your jaw drop, you don’t have a heart

Many of us who love someone with autism often wonder how they feel and what they are thinking. And many who struggle with the illness also struggle to communicate, and often live life in silence.

Benjamin Giroux, a 10-year-old boy with Asperger's syndrome, rarely speaks, even to his parents. But Benjamin was excited when his school teacher gave him the assignment to write an "I am" poem in conjunction with National Poetry Month.

The assignment was simple: Write a poem that tells about who you are, and that begins with "I am" every few sentences.

It took several hours for Benjamin to write his poem. But he remained focused and didn't look up from the kitchen table until it was complete.

When he gave the finished poem to his parents for their approval, they couldn't help but get teary-eyed over what they read.

"I feel like a boy in outerspace. I touch the stars and feel out of place." He wrote.

"I worry what others might think. I cry when people laugh, it makes me shrink."

When Benjamin's parents first read his poem, they felt as if he was struggling in school and wondered how they could help him.

"At first, we felt sad and hurt that he feels isolated, alone, misunderstood and odd at school," Benjamin's father said in an interview with Today. "As the poem went on, we realized that he understands that he's odd and that so is everyone else in their own way, which is what Ben wants everyone to embrace."

"I am odd. I am new," is repeated throughout Benjamin's poem; but near the end, he added the line, "I understand now that so are you."

The poem is a beautiful tribute to what life is like for those who suffer with autism. It is also a beautiful reminder that we are all different and we all have moments where we feel out of place in the world around us.

We are all odd in situations we feel uncomfortable in or don't understand, and we are all new to unfamiliar circumstances.

Benjamin's poem is a poem of discovery as he shares those things that he normally keeps deep inside. It's not just a discovery for those who read it, but it was written as if it was a discovery for Benjamin himself.

It may have taken Benjamin hours to finish his poem, but by the end, he knew without a doubt exactly who he was. And because of his courage to share, the world now knows, too.

Reading my poem at the annual poetry smash at my school. #oddtoo

Though a 10-year-old boy with autism, he has a greater understanding of who he is than most adults do.

Maybe we should all write an "I am" poem. Maybe, if we take the challenge, we too can learn who we are, just like Benjamin did. 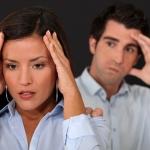 4 Different Ways to Respond When Your Spouse…