If you answer yes to these 16 questions, you’re marrying the WRONG man

If Any of These Apply to Your Relationship, Treat Them as the Major Red Flags They Are and End It.

I was one month away from getting married when I called off my engagement, so believe me when I say I know how heartbreaking it is to end a long-term relationship. But, dear friend, if a relationship is wrong, ending it now will be the best choice you ever make.

If you answer yes to these questions or deep down your gut is telling you something is just not right, please do NOT marry that man. These red flags will help you know if you're in the wrong relationship.

How he treats his parents (and the rest of the family) indicates how he will eventually treat you. Does he expect his mom to baby him? Does he talk back to his dad? Expect the same treatment in a few years.

2. Has he ever made you feel silly because of your beliefs or values?

Love is being able to completely be yourself around someone. If he has ever belittled you because of your faith, morals or even political views, he doesn't respect you. He doesn't have to agree with all your beliefs, but he absolutely needs to respect them.

Anyone who has cheated before is 3.5 times more likely to cheat again, according to a study by a University of Denver grad student. No matter if he cheated on you, with you or before you were ever in the picture, an unfaithful history is a serious red flag.

4. Would he be upset if you looked at his phone?

You shouldn't obsessively search through his texts and Facebook messages, but you both should be living an honest and open life with each other. Would you be upset if he searched your phone? Would he be upset if you did the same to his? If the answer is yes to either of those questions, your relationship isn't ready for marriage.

5. Has he ever screamed at you?

Abuse comes in several forms. Screaming is destructive. A man worth marrying wouldn't degrade his sweetheart that way.

6. Do you feel like you aren't good enough when you're around him?

A healthy relationship should inspire you to be better, but it shouldn't make you feel like you aren't enough right now. It may come from things he says or maybe just from your own self-perception, but you don't want to feel this way for the rest of your life.

7. Has he ever touched you in any way that hurt you or made you feel uncomfortable?

Don't believe marriage will change him: It won't. Abuse is NEVER acceptable. Run away as fast as you can.

8. Are you the one who must apologize first?

It's great for you to be willing to apologize, but if he's incapable of saying sorry, he will be a man miserable to be married to.

9. Does he give you the silent treatment when he's upset?

As a grown adult, he should be able to handle frustration maturely. It's more likely for men to remove themselves from conflict so they can think things over before they speak, but if he never returns to talk through things and won't deal with the problems like a grown up, he's not mature enough to get married.

10. Are you nervous about a future with him?

Sometimes the excitement of marriage can cloud your thinking. At the end of the day, you should be most excited for knowing you'll have a life-long relationship with him. He should make life seem more exciting.

11. Do you frequently think about breaking up?

Your gut-feeling doesn't get enough credit sometimes. If you worry about the relationship or think about breaking up more often than you enjoy the relationship, your intuition is probably trying to tell you that this isn't quite right.

12. Has he ever been so angry it frightened you?

Your man most likely deals with anger differently than you. That's normal. But it's not OK for him to fly off the handle. Have you ever wondered if he'll completely lose control? If your answer is yes, please leave the relationship now. Marriage will only make it worse (and harder to leave).

13. Does he regularly ask you to skip out on family events?

One of the major signs of someone who will be controlling is them isolating you from your friends and family. If he pressures you to cut yourself off from them for "love," you are in dangerous territory.

14. Does he constantly DEMAND to know where you are?

Relationships require a great deal of trust. Yes, you should be able to be honest about anything with your boyfriend and vice versa. But if he demands to know where you are, what you are doing and who you are with at ALL times, he's frighteningly controlling.

15. Do your family members or closest friends dislike him?

These people love and know you. Love can be blind. If people close to you don't like your partner, listen to them. They might be able to see horrifying things that you can't.

16. Does he NEED you or else he'll be miserable?

It might seem romantic that, if he can't have you, he can't go on living. It's the Romeo and Juliet mentality. But you cannot be responsible for someone's happiness. If your significant other doesn't know how to be happy on their own, they will eventually not be happy even with you. No one can handle that heavy responsibility.

Remember, as painful as it is to break up, dealing with divorce years later will be much, much worse. No one is perfect, but certain things are never OK in marriage. These questions can help you avoid a world of hurt in the future.

Answer these questions to find out what type of relationship you are looking for. 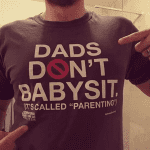 11 Thoughts on What It Means to Be…