If you are really in love, your brain will do this (I would never have imagined it)

As it turns out, falling in love has more in common with a chemistry class than a romance novel.

In fact, falling in love has a profound impact on your brain and its chemistry - when it comes to love, you could never have imagined the role that the brain plays.

When we're first attracted to someone, it may be more about lust than love. However, even in the early stages of dating, our brains are prepping us to fall in love.

It all comes down to the two key chemicals that your brain releases, and one that decreases. The first is dopamine, also known as the "happiness hormone". This hormone makes us feel happy and elated. When we're attracted to someone, this same hormone makes us want to be with that person all the time.

The second chemical that plays a role is a neurotrophin called nerve growth factor. It makes us feel emotionally dependent on the person we're attracted to, increasing our desire to be with them.

The third factor is that your body decreases its production ofserotonin. That might seem like a bad thing - serotonin deficiency has been linked to depression - but it has to do with sexual desire. When your serotonin levels drop, your libido ramps up.

The combination of these chemicals (think of them as a falling-in-love cocktail) is what makes new couples feel infatuated with one another. In some ways, the chemical balance of new lovers resembles that of people who have Obsessive Compulsive Disorder ... New couples really are obsessed with one another.

Once you've been together for a while and the initial infatuation stage passes, your brain still continues to manage the balance of chemicals it releases to keep you in love.

First, your dopamine levels decrease. You won't feel the same euphoria you did at the beginning, but the decrease in dopamine encourages long-term commitment.

Next, your production of serotonin increases. Your sexual desire may decrease a bit, but the rise in your serotonin levels promotes a healthy, non-needy commitment that can endure the test of time.

At the same time, your production of nerve growth factor decreases, which makes a healthy attachment possible.

Another chemical that plays a role is oxytocin, which is a hormone that's released when people bond or connect physically. It's also known as the cuddle hormone - it helps you feel close to your partner after kissing, hugging or being intimate.

The final piece of the chemical equation we call love is what happens when we stay in a long-term relationship.

Dopamine levels continue to drop, and in most cases, that means that couples feel less excitement than they did in the early stages of their relationship. However, that doesn't mean that chemistry isn't still playing a role.

For both men and women, a chemical called corticotropin-releasing factor, or CRF, plays a role in creating a feeling of loyalty. It's released when you're separated from your partner - in fact, it's what makes you miss them when they're away.

Men also benefit from the release of something called vasopressin. Its primary job is to help your kidneys, but it turns out that it also encourages feelings of loyalty and territoriality in men. One study looked at what happened when vasopressin was suppressed in prairie voles, and the normally monogamous animals began to cheat on their partners.

There's a reason we call it chemistry

Falling in love is a lot like being in the hands of a chemist. Your body increases or decreases chemical levels to create the right atmosphere for falling - and staying - in love.

So, the next time you feel yourself falling for someone, remember that you're not doing it alone. Your brain is hard at work, mixing up a chemical love cocktail to help you.

Asma Rehman is a Licensed Professional Counselor and Certified Grief Recovery Specialist. If you're struggling in life, the Grief Recovery Center in Houston, is dedicated to helping you.
nextarticle 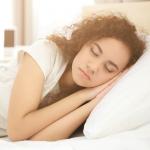 4 Ways to Get Better Beauty Sleep