If You Don’t Want to Get Divorced, This is the Right Age to Get Married

Is Waiting Until You're Older to Settle Down Actually in Your Favor? This New Study Reveals a Lot.

We're part of this generation that is obsessed with "living life." But in my observations, YOLO proclamations can trigger a person to make a series of bad decisions focused on trying to make oneself happy at the expense of anyone who gets in the way. Then FOMO hits, which makes it nearly impossible to commit to anything more than 30 minutes in advance, in case a better activity or cuter person comes along.

When you throw marriage into the picture, it's pushed aside as a concept of something we'll do after we're done living life, traveling, Instagramming the world and testing out all of our potential dating options. Then, well into our 30s, maybe we'll settle down.

That's all been fine and good, because marriage statistics have backed us up on that decision " until now.

A new study revealed that those who prolong marriage until their thirties are more likely to get divorced than those in their late twenties - putting to rest the belief that the older you wait to get married, the less likely chance you have of divorce.

It's not necessarily correct to make a blanket statement promoting young marriage. Too young, and the statistics are against you. Too old and your odds start to fall again.

The divorce rate is significantly highest for couples who marry under the age of 20. (But we're rooting for you young couples!)

While those married under the age of 20 have a whopping 32 percent divorce rate, the percent drops to 20 for those married from ages 20 to 24. And after that it continues to decrease each year until age 32.

So statistically speaking, if you are to choose a "right" age to marry - one that has the lowest percentage of divorce - the late twenties is the time to say "I do."

The big question behind all of this is why?

The cause behind youthful marriages that end in divorce seems pretty obvious. High school relationships carry with them those wild adolescent behaviors: jealousy, insecurity and selfishness. You have a larger range of changing and forming opinions in those early years than in your late twenties. Youthful marriages are also more likely to have less education, which increases the chance for divorce as well. For those reasons alone, it makes sense that someone who gets married at 25 is 50 percent less likely to have a divorce than one who gets married at 20.

But what about the older we get? If the cause were solely based on raging teenage emotions, less education and personal changes, it would seem the further away we got from being a teenager, the better the chances of marriage. However, this study proved that's not the case.

While factors such as having multiple partners previously (which does affect your future marriage) have been taken into account, Nicholas Wolfinger, who conducted this study, thinks the act of staying unmarried past the age of 30 may simply be because of selection.

Wolfinger points out causes for this possible predisposition for personalities that don't do well in marriage: some are congenitally cantankerous, have issues with interpersonal relationships or have driven away previous partners with rigid personalities.

Obviously if you're above 30 and unmarried, you probably won't be thrilled with Wolfinger's predictions. Later in his study he suggests that the reasoning why is complicated and will require further research.

Fortunately, if you don't like these statistics, you can prove them wrong. While studies like this can show interesting trends in society and relationships, marriages have nothing to do with luckily marrying at the right time and much more to do with something this generation has a hard time understanding: commitment. If living life is what we're after, marriage with rock-hard commitment is the greatest adventure yet. Maybe it's time to start thinking about it more seriously. 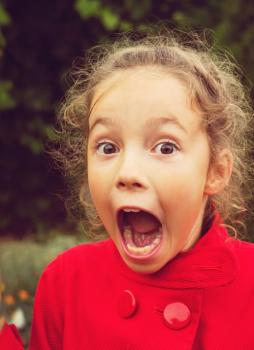