If you want peace in your marriage, use these 4 principles of war

Next Time You Are in a Fight With Your Spouse, These Will Make All the Difference.

Every couple fights; but how you approach a fight is a great determinant of how strong your relationship really is.

International laws governing war outline four principles that help establish limitations in war, and parallel amazingly with the relationship you have with your spouse. Hey, love is a battlefield.

As we dive in, let me be clear: Your spouse is NOT an "assailant" or your "enemy." In this analogy, these terms simply represent the force opposing your opinion or point of view. These principles will help you both to manage disagreement without damaging your relationship.

In war, military units are only deployed if it's necessary. Officials analyze the situation and make a decision (whether to engage with opposing forces) based on the information at hand. They don't fight if they don't need to.

Choose your battles. When your spouse brings up a potential problem, take a step back and ask yourself: What is the real problem here? Is my spouse justified in his/her opinion? Is this worth arguing? What will happen if I just let it go? What will happen if we try to hash this out right now? Is this a long-term problem? Is there a practical solution?

Only engage with your spouse if you feel it's necessary.

In battle, this principle takes the form of measuring how much intensity is needed to engage with the enemy. For example, if a small group of opposing soldiers is running through an open field, you don't need to call in an airstrike to take it out. That would be an overreaction. But you might need more than a cadet with a BB gun to stop it. That would be an underreaction.

Applied to your marriage, proportionality means to avoid both overreaction and underreaction. Take the necessary time to evaluate the conflict, and only put in as much effort as the disagreement deserves to make your perspective known to your spouse. If you're easily provoked or tend to absolutely freak out over insignificant things, work to get better.

The military addresses opposing forces only. They try to minimize any civilian casualties and destruction to property irrelevant in the current conflict. They're there for a purpose. They have one mission. Each move they make is based on completing that mission.

The next time you find yourself arguing with your spouse, don't bring up 17 other side problems. Consider this example of what notto do:

Husband: "I wish you'd do the laundry more often."

Wife: "I wish you'd do more than play video games and eat Cheetos all day."

If you feel attacked, it's very easy to use irrelevant side annoyances as your own defense. Stop it. Be humble enough to deal only with what needs to be dealt with. I don't suggest you should submit to your spouse, but rather focus on the issue at hand. In this case, the laundry. Leave his video games and Cheetos for another time.

This principle deals with knowing your enemy and knowing ethical limits. In war, soldiers must be able to distinguish between combatants and non-combatants. Soldiers can't just move into an area and engage anyone and everyone. They try to identify a military uniform, weapons or other suspicious activity. 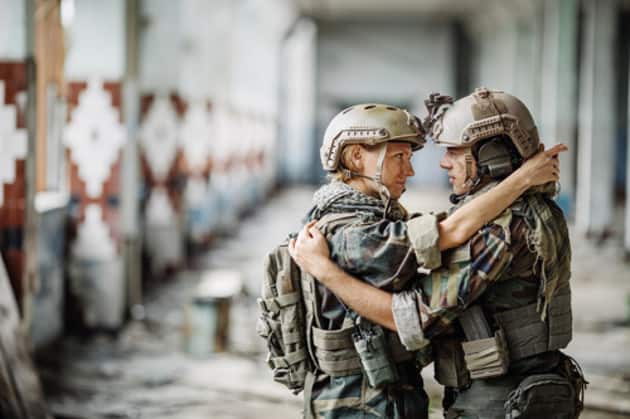 Recognize that just because you disagree on a certain topic (the enemy combatant), it doesn't mean your spouse's more redeeming qualities cease to exist (non-combatants). You still love this person. Deal with issues as they come, but remember that mutual love is stronger and lasts longer than any argument.

Additionally, the Geneva Conventions of 1949 helped distinguish boundaries for military operations. There are certain locations where battle should not take place. For example, civilian hospitals are off-limits to attack.

Establish "safe zones" with your spouse, or certain topics that just should not be brought up in an argument. If you attack something tender to him, he's much more likely to cross the line as well, and things will spiral downward quickly. You may sharply disagree with your spouse, but following the principle of distinction will allow you to build a foundation of respect that will outlast any arguments you get into. You will learn to respectfully disagree.

Remember, there is no growth in the comfort zone, and no comfort in the growth zone. By applying these principles, you and your spouse can develop the ability to look at disagreements as opportunities to grow together instead of opportunities to tear each other apart. 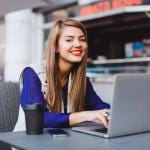 Secrets to Keeping Organized as You Get Busier