Is He Happy in Your Relationship? Here’s How You Know

Men Are Not as Mysterious as the Romance Novels Make Them Out to Be. Sometimes They Can Be Downright Predictable. is He Happy in His Relationship With You? That's an Easy One.

Guys are not all that hard to understand once you know a few things about them. First of all, they do not look or pose like they are on the cover of a romance novel — let's get that right out there (If you have a man that does, check his expiration date. And then look up his police record. They have free weights in prison.).

When they are happy they are downright fun to be around. And it does not take much to make a man happy. Add a relationship into the mix and things get more complicated; but that just may be up to you.

Here's how to tell if your man is happy to be with you:

And you make sure that he does by letting him know that you notice what he does, and point out all of those good characteristics or traits you love.

You know when he is acting professional or nervous, and he does neither in front of you. He can be authentic because you have made your marriage a safe environment for him to be himself. He smiles and laughs and tells you silly things. His humor is not forced.

3. He likes that you depend on him for certain things

You are strong and independent, but you let him open the door, walk on the street side or put his hand on the small of your back when he leads you to a table or through a crowd.

4. He is free to state his opinion or to mention what is on his mind

He does this because you are not critical of what he thinks or how he speaks. This is not to say that you do not find humor in things he says, but that he feels confident that you value his opinion.

5. He encourages you to make decisions for yourself

And you give him the same encouragement. He is not threatened when you order for yourself at a restaurant, because you sometimes let him do it for you.

6. He is kind to your family

This can be a bigger effort than you have imagined.

You respect him and he respects you. Personal attacks? They don't happen.

8. He takes care of responsibilities

You have different responsibilities in your marriage that you have both defined — ones that work for you as a couple, however you are willing to give and take.

9. He tries to look good for you

When you catch him without a shirt, he may stand a little straighter or pull his belly in to impress you. He likes it when you do the same.

10. He listens to you actively

When you present a thought, he may have a comment because he is listening to what you are saying and wants to be included.

11. He wants to give you advice

Men want to make your problems all better. Men know that they probably shouldn't step in, but they still want to help you through a situation, and telling you what you should do is how he lets you know he is concerned. He does this because he wants to protect you and knows that he can't always be there for you at work, with your girlfriends or on the freeway.

12. He considers you on his side

If something goes wrong, he knows you would be there. You are his sidekick, and he is yours. You are a team.

13. When there is an argument, he is able to let it go

He does not keep bringing up the fact that "You always ... " every time there is a disagreement. He lets things go. So when disagreements do arise, neither of you has to resurrect an old problem as ammunition. 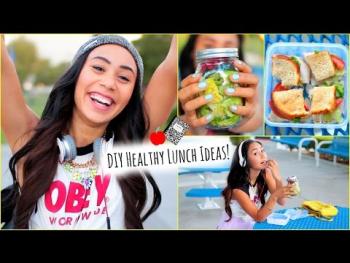