Is He in Love With You? Here Are 7 Ways You Can Tell

Don't Assume He is Not in Love With You. The One Time You Least Expect, He Will Tell You "I Love You."

One of the greatest feelings a woman can ever have is a man's true love. Though your boyfriend may take time telling you he is in love with you, chances are he already has through his actions. That's what happened to me. I knew my husband was in love with me by the way he paid close attention to all my needs. He genuinely cared to hear about my good days and my bad days. Moreover, I didn't have to ask him to do something for me. He just knew. He loved spending time with my family and me. And he said "I love you" first.

For the most part, women are quicker at expressing their emotions to their partners; meanwhile, men take a longer time. You may assume that your boyfriend is not in love with you because he has not verbally expressed his feelings or revealed the three words all women love to hear. But take a close look at his gestures, his mannerisms and how he looks at you. The love he has for you is in the tiniest details.

Here are seven ways you can tell the man you love is in love with you, too.

When your boyfriend starts to ask you in-depth questions about your likes, dislikes and future goals, he is in to you. He wants to learn everything about you. He sincerely cares.

He grabs your hand gently during a walk in the park or at a family gathering. He caresses your hair softly. He hugs you for no reason at all. He affectionately touches your face as he stares at you. Sometimes just sitting at home watching a movie and cuddling on the couch speaks volumes.

When you find your boyfriend spending less time with his friends and more time with you, he is in love. He is not giving up on his friends; he simply chooses to spend as much time with you as possible. His priorities begin to shift.

Does anything for you

He doesn't care what it takes, but he will make anything possible for you. He may not necessarily be interested in the things you are interested in, but he makes the effort to take part. He doesn't mock what brings you joy. Perhaps you love a particular musician, and he doesn't. But he surprises you with two concert tickets - one for you and one for him.

Meeting his family and friends

As old-fashioned as this may sound, when a boyfriend introduces the woman in his life to his family and friends, he is serious. He has hopes to take the relationship to another level. His feelings are deeper than you know.

Talks about marriage and children

If your boyfriend inquires about your feelings on marriage and children and expresses his thoughts on the matter, chances are he's been thinking about a future with you. And if you both share the same feelings about marriage and creating a beautiful family together, love exists.

He tells you "I love you" before you do. It doesn't matter when or where he says it. All that matters is that he wants to say it first.

Again, it's easier for a woman to share her innermost thoughts compare to most men. Many men have a hard time verbalizing their feelings even though they do love you. However, through their positive actions and attentive ways, you will know he is in love. Give him time and you'll hear "I love you." 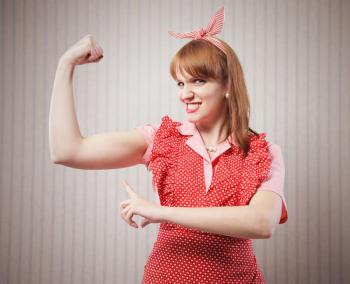 Advice I Give Myself