Is living together before you get married actually killing your relationship?

More and More People Tend to Think Cohabiting is a Necessary Step in a Relationship. Here's the Truth.

Many people think that cohabiting is the natural and wise next step in a serious relationship. Rather than waiting to say "I do," more couples choose to live together first to see if the relationship will work out.

Turns out, this really isn't a great idea.

Scott Stanley, PhD., recently chimed in on the matter in a relationship article. "... [T]he "ambiguous" nature of cohabiting makes it easy to misunderstand the commitment level of your partner-a risk he says is greater for women than men. Additionally, ...cohabiting before marriage (or at least engagement) is linked to lower levels of commitment, as well as poorer marriage quality and a higher divorce risk for many couples."

If you want a strong relationship and strong marriage, you will want to heed, or at least seriously consider, these valid points:

Cohabiting is worse for women than men

According to Dr. Stanley, women have more to lose in a cohabiting relationship than men. More often, men are less committed to the relationship and more okay with casual sex than women. Biology is also a factor: women can get pregnant and men can't.

More research states couples who live together are less committed with more fighting and less happiness than married couples. Dr. Stanley puts it like this: "cohabitation for many has really become cohabit-dating."

Though couples see cohabiting as a step toward marriage, it's more likely the opposite. Few couples who live together make it down the aisle together. In fact, for those who live together prior to marriage, "most widely accepted research has linked cohabitation with poorer relationship quality and a higher divorce risk."

The news is even worse for people who have had more than one cohabiting relationship, putting them at greater likelihood for poor marriage quality and an increased risk of divorce.

It's important for couples to consider each other's levels of commitment to the relationship. Don't dive into a relationship where one partner is more committed than the other. You can't change another person. Still, consider if the risk is worth it when it comes to living together before marriage.

If you want to get married, tie the knot before living together. Relationships are always a little tricky to navigate at first. They take work. Why complicate it by cohabiting? Don't risk a potentially strong, wonderful marriage living together prematurely. 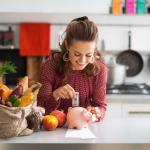