Is Marriage a Dying Tradition?

The Honest Reasons Why No One Wants to Tie the Knot.

I do not take thee to be my wedded spouse is the mindset of most Americans these days, even though there are an estimated 2.5 million weddings in the U.S. every year. A new study suggests those numbers may soon start to decline because the tradition is dying drastically. Which prompts the question, why? We have searched for the most obvious reasons, and they may not be as surprising as you think.

The American Family Survey found that while many people still believe in the concept of being in a union, many people think of marriage as an unnecessary institution. Part of the decline comes from millennials and Gen Z that look at the tradition as outdated or old-fashioned. Younger adults that have no religious attachment view cohabitation as possible without the need for a wedding. Previous generations chose to get married because of religion, which also saw a decline across the younger generations recently. Many adults believe that marriage doesn't work for our society anymore.

Marriage does not automatically guarantee your future as a happy family or even be better off than before so getting married is more seen as a strategic move when you are financially stable and have accrued assets than as a holy covenant. Americans are not as economically stable as the previous generations due to rising economic costs and view the entire idea of getting married as more of a burden than a benefit. The wedding industry is reportedly a 55-billion dollar industry, and regardless of the size of the wedding, it doesn't come cheap. Younger Americans opt to get married later in life if they even see the concept as something they are interested in because of the financial burden it brings. Divorce can also be costly, which is another risk most adults don't want to take.

While most people assume getting married is just a financial burden, there are some instances where it can be a blessing. Before getting hitched, though, you and your partner need to ask a few questions that could help resolve your stress over finances.

Love was previously regarded as the most important factor in a relationship, love was all you needed to have a happy ending. People now say it's loyalty because without loyalty how can you have love. If a person exhibits loyalty in a relationship, it does not guarantee they will be a good spouse, which is part of the stress for couples toying with getting married. They would rather not risk getting married and possibly losing their partner to temptation. Instead, staying in a monogamous relationship is just enough for them. Respondents in the survey felt that being legally married was not as important as a personal commitment. It's possible this is is more psychological as one may feel less temptation in a relationship knowing they can leave at any moment versus feeling "trapped" and more vulnerable to lust once they are married. Many adults feel the marriage adds no legitimacy to their relationship and do not seek anyone's approval. Some Christians believe that God should consider them married when two adults make a conscious and open commitment to each other. The younger generations are choosing to adopt this new progressive outlook over previous religious beliefs.

Adults who were the product of divorced parents know all too well how traumatic divorce can be for everyone involved, especially if there are children. As divorce rates have been rising over the last 30 years, it is no surprise that most adults would view loyalty as more important than the union itself. The fear of divorce plays a considerable role in the decline of marriage, as many kids who are the subject of divorce have a fear of repeating history. Divorce rates started soaring in the 1970s, so many of the children grew up in two households. Today, they would prefer to stay in a relationship without the pressures of marriage because there is too much to consider regarding divorce. The risk of losing family members, splitting up kids and even moving out of the shared home is too overwhelming, especially for those dealing with anxiety.

Marriage is time-consuming, and many adults choose to stay focused on their career paths, making marriage less appealing. People are unwilling to give up as much of their time and energy as needed to harness a healthy and successful marriage. While statistics show married employees make more than their un-married co-workers, it's just not as tempting.

Many adults don't want to give up their freedom. They enjoy living separately from their partner and do not want to cohabitate. The privilege of freedom with living how they want and when they want is just too much to "throw away" in their eyes. Too much would change in the event of a marriage, and giving that up is not an option. If they already have a decent support system and worry about themselves, marriage isn't necessary. The idea of getting married is probably more appealing to them than the action itself.

If you're on the fence about marriage, you are allowed to change your mind. It would be best if you never based your personal choice for walking down the aisle on fear or the opinions of others. Getting married is still a wonderful experience, and you can choose to create your own ideology. Going to therapy to process your feelings is one of the best ways to find a solution for your aversion to marriage. Many adults today do not understand their negative look on the topic is partly due to past trauma and personal experience, and a trained professional is the way to sort through and resolve personal conflict.

Whatever your choice is, be honest from the beginning and know that whatever decision you make is valid. You are not obligated to explain or defend your reason for wanting to say I do or for the latter. 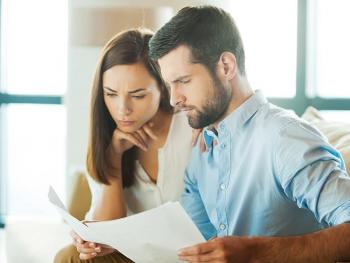 How to Reduce the Toll of Financial Issues…