Is your husband giving you the silent treatment? 3 things you should do and 2 things should never do

Don't Let It Kill Your Marriage.

We master the art of fighting as children. We throw tantrums, yell, scream and eventually resort to sitting in the corner pouting. While there, we don't say a word to anyone. In that moment as little children, we learn the power of the silent treatment.

Sometimes this tendency becomes so ingrained in us that we carry it into adulthood. It can be a powerful player in any relationship, but between a husband and wife, the silent treatment can be silent assassin. When you find yourself on the receiving end of the silent treatment, it can be miserable. But in the end, it's just a power play. If you are in this situation, choose not to give in and remember these things to help you, help him.

Taking a minute to cool off

Gather your thoughts and look at his behavior in a broad perspective, but make sure he knows you are just cooling off and not giving the silent treatment back. He may be choosing to be silent, but that doesn't mean he isn't aware of your behavior. So, before you leave the room, let him know the conversation is not over and you want to talk about it all once you have cleared your head.

It is tempting to spend your minute wishing he would open his mouth and talk to you, but those thoughts get you nowhere. There are some things you can't control or change and your spouse is one of them. He has his agency, thoughts and desires just as you do and no matter what you say to him, it probably won't make a difference during these particular moments. It is important to examine yourself, your motives, your actions and your words before you determine what you can do to improve the situation. Focus on what you can control, which ultimately is yourself.

Carrying on as usual

If he refuses to snap out of it, then leave him be. The purpose of the silent treatment is to garner attention, so don't give it to him. Continue to let him know you are ready to talk when he is, but don't change your schedule or exert any special effort to cater to him. Pick the kids up from basketball practice and eat dinner as usual. Without the attention or power he wanted to get from his silent act, he will likely come out of it quickly.

Give him the silent treatment back

When one party resorts to childish antics, it is way too tempting to resort to similar antics yourself, but two children pouting in their separate corners will never get anywhere. Someone has to be the bigger person to keep life going and that person is going to have to be you, no matter how much you resent it. Don't sink to his level. Let him know the communication lines are still open, otherwise your marriage could sink into silence forever.

Remember, you are looking inward to see what you can do to repair the relationship, so don't attack and blame him for every problem. Without someone arguing back, it's way too easy to put all the blame on the silent party, but this will only force him deeper into his silent resentment. If you want to draw him out, talk about yourself. Use the word "I" and not the word "you." Instead of saying, "You always do this!" Say something like, "I would really like to understand how we always end up in this type of situation."

Prolonged silent treatment is one slow but sure way to end a marriage if it's left unchecked. It is too easy to lose your love in that silent abyss, and no one wants that to happen. If he has a habit of resorting to the silent treatment, then one of the best things to do is address it at a time of happiness. Talk about more productive ways for the two of you to communicate and make a plan for the next time an argument arises. In the meantime, remember these things and do your best to keep the line of communication between the two of you open and thriving. 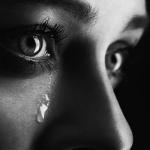 How to Deal With the Loss of a…