Is Your Husband Hooked on Video Games?

It's True. Sometimes Husbands Plunk Themselves Down in Front of the Computer or Game System and Would Refuse to Come Up For Air, if It Wasn't Required. Frustrated Wives Ask Themselves: is This Normal? Or, is This an Addiction?

According to marriage and family therapist Nefi Ledezma, it's probably not an "addiction" in the clinical sense of the word. For wives who long for interaction with their husbands after work, it can certainly seem like it.

Does your husband pass the "addiction" test?

If the answer is "yes" to most of these questions, your spouse may benefit from a course correction, but how can this be accomplished?

First, realize that husbands need downtime and the way they go through the restorative process is usually different from wives. After a day of working, many men need time to unwind in a non-social way. This isn't a choice - men are actually wired this way. This can be frustrating since women often need the exact opposite - conversation, and time together to affirm the relationship.

Here are some ideas for dealing with a video game obsessed husband:

When your husband does make an effort, be sure to let him know you've noticed and appreciate it, even if the improvement is small. It may take time, but you'll arrive at a solution that works for both of you. 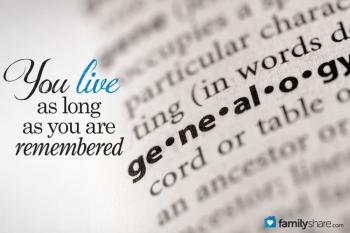 5 Simple Ways to Do Family History