It’s not my job to read your mind

Do you expect your spouse to read your mind?

Editor's note: This article was originally published on Kevin A. Thompson's blog. It has been republished here with permission.

I played golf on my anniversary.

I wouldn't necessarily try that at your home unless you are absolutely certain your wife is OK with it and even then I would double check.

The round of golf was the last of a four-day golf tournament which I play in every year and which happened to end on our anniversary.

I played because my wife said it was OK to play.

I believed her because that's who we choose to be.

We choose to be a couple which is honest with one another about our thoughts, feelings, and expectations.

We aren't perfect. We fail miserably. Yet our desire is to be a couple which openly communicates with one another.

A guiding principle to produce this outcome is the understanding that I can't read my spouse's mind.

And I can't expect her to read my mind either.

I hear it all the time:

Even if he should know, he doesn't. Even if you shouldn't have to ask, you do. And even you want him to know, he won't until you tell him.

Men and women are even more different. We were created with different strengths and weakness. We are supposed to see the world differently.

Because of these differences, we can't expect others to be able to read our minds.

Love is not the ability to know what our spouse is thinking without asking; love is taking the time, asking, listening, and acting in response to what our spouse tells us.

Because we can't read each other's minds, we must:

If I say something, Jenny must assume I mean it. I can't say one thing expecting her to interpret it as something else. If she says "yes," she can't expect me to understand, "I'm saying yes, but I really mean no so you better not do it." If I say I'm OK with something, I better be OK with it.

Assume we don't know what the other is thinking

Be understanding when we get it wrong

Marriage is supposed to be difficult. We are supposed to get it wrong. Being wrong allows us to grow. If we never made mistakes, we would never learn more about one another or ourselves. We would never truly need the love on which on relationship is based.

Jenny and I would love to be that couple who completely understands each other with such depth that we can complete each other's sentences and know what the other person thinks before they even say it.

Because we want to be that couple, we do everything to share our minds, hearts, and feelings. Becoming that couple is not something that happens when a couple falls in love; it is a byproduct of a lifetime of communication, shared experiences, and learning to understand one another.

It's not my job to read my spouse's mind. It's my job to share my mind with my spouse and to listen to my spouse as she shares her mind.

If you are wondering how you can convince your wife to let you play golf on your anniversary, you can't.

For many women, an anniversary is an important day where your time, attention, and gifts are vital to her feeling loved. That's not true for Jenny.

To her, it's important that we celebrate our anniversary, but the specific day doesn't matter.

Every June we take a trip and celebrate our anniversary. Having taken our trip, I knew she probably wouldn't mind me playing. I asked. She agreed.

If your wife doesn't think this way, deal with it. Appreciate what you have and don't try to change her.

If your wife thinks this way - doesn't care about the actual day, doesn't want gifts, and lets you play golf - thank God and don't brag about it (except via a blog). 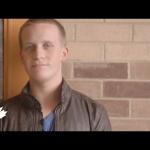 A Bullied Boy Opens Doors For Himself and…