Jennifer Lopez recently revealed in a new interview with Vogue how she and Ben Affleck reconnected, saying that Affleck reached out to her over email nearly 20 years after their split. Affleck reached out after he had just split from his now ex-girlfriend, Ana de Armas. Meanwhile Lopez had broken off her engagement with retired MLB star, Alex Rodriguez. According to the Vogue interview, Affleck had reached out to Lopez to tell her that another magazine had asked him for a comment about her, "and he wanted her to know that he had provided a rave.” The pair continued to stay in contact after their initial email conversation which led to them beginning to visit each other's homes.

“Obviously, we weren’t trying to go out in public,” Lopez said. “But I never shied away from the fact that for me, I always felt like there was a real love there, a true love there. People in my life know that he was a very, very special person in my life. When we reconnected, those feelings for me were still very real.” She continued by saying, “Not to discredit anything in between that happened because all those things were real too. All we’ve ever wanted was to kind of come to a place of peace in our lives where we really felt that type of love that you feel when you’re very young and wonder if you can have that again.”

The couple first met in early 2002 on the set of Gigli, but Lopez was still married to her second husband, Chris Judd. Just months later, she filed for divorce from Judd and began dating Affleck. By November 2002, they were engaged. The pair went through ups and downs, including postponing their wedding they day before they were set to marry, before they ultimately broke off their engagement in 2004. Fast forward to May 2021, both of them newly single, Lopez and Affleck are spotted together in Miami for the first time in 17 years. And by July 2022, they finally are married. The duo had a heartfelt ceremony with the company of their five children from their previous marriages. Lopez gushed by saying, "“We weren’t only marrying one another; we were marrying these children into a new family,” she wrote in her newsletter. “They were the only people we asked to stand up for us in our wedding party. To our great honor and joy, each one did.” 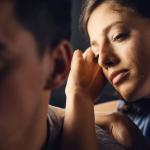 Want to Get a Divorce? Here's What to…