Learning to See and Love the Good in Others

How Does an Abused Child and Homeless Man Help Hundreds to Change? by Loving Them. Read Alan Evan's Story of Personal Growth and Learn Ways to Love Others Unconditionally and See Them Clearly.

I once made a terrible mistake. I chose to walk at night alone by the ocean. I met a man in the dark and in that moment I judged him. I made a list of assumptions and greeted him with fear. He, on the other hand, greeted me with a hug and shared his hopes and dreams. That night in the dark, I met Alan Evans. And as Alan began his journey to change the world, I learned a life-changing lesson about loving others.

Alan was 11 when his father tried to kill him by hanging him in the
backyard. A neighbor cut him down and a report was made. His father was
removed from their home and his mother blamed Alan. At 13, Alan left home
and moved from couch to couch trying to get by. For 27 years Alan Evans was
homeless, adrift and trying everything he could to survive physically and
emotionally including substance abuse.

Alan was part of the invisible homeless that surround us daily. They pass us on the street, faceless and storyless. Some of us look and some of us turn away.

Alan didn't want to be homeless, he wanted more, so much more. He tried to get benefits but didn't qualify for help because he didn't have an address. Time passed and he became increasingly desperate.

Finally he remembers deciding that if he committed a crime at least he would have a safe, warm place to sleep and something to eat. He tried his hand at a small crime in our local grocery store. He recalls a police officer who was able to see more than a homeless man in trouble, who saw him for who he really was, didn't arrest him and gave him a chance.

Alan found himself sleeping in the corner of a room in a local shelter for men in recovery and dreaming. He dreamed of changing the world for people like himself.

Alan Evans and his friend Michael began a program called Thugz off Drugs in 2004. At the time Methamphetamines were eating the heart out of our little town, and here were two recovering addicts taking the lead in saving souls.

Alan's programs grew quickly and so did I as I watched Alan. Today, Alan runs a three- county non-profit program called Helping Hands Outreach Re-entry whose mission statement is, "A Helping Hand to a Sustainable life." They house 125 people a night in both emergency and long-term case management programs. Alan has recently begun an innovative program aimed at ending the gap between homelessness and health insurance.

On that dark night long ago, I made a terrible mistake. I misjudged Alan until he came into the light and revealed his true intentions and later his mighty desire to help the suffering.

How can we see others clearly, teach our families to love others unconditionally, judge not and stay safe?

Love as the Savior loves you. The Savior said, "... love one another; as I have loved you..." The Savior and Heavenly Father love you unconditionally and eternally. Thankfully, Heavenly Father doesn't tell us, "I will love you when your room is clean or when you date someone I can tolerate." We are commanded to love all where they are, just as we are loved where we are.

Have charity and watch your love grow. Charity is the pure love of Christ. Serve others as the Savior did. The more love you give away, the more you will have. When the Savior healed the sick and afflicted, he didn't stop to ask the blind man what he planned to do with his sight. Nor did he make the blind man promise to use his sight appropriately, he just gave and served, knowing them as he knows us. The Savior asks us to leave the judging in his hands.

When a young righteous man asked the Savior how to be perfect the Savior instructed him, in Matthew Chapter 19 to, "... go and sell that thou hast, and give to the poor, and thou shalt have treasure in heaven: and come and follow me." Once again, he didn't say give only to the nice poor, he just said the poor. If you have nothing to give, try saying a prayer in your heart for the person in need and watch your love grow.

Avoid stereotyping. See people as the unique individuals they all are, capable of individual choice and change. The Bible doesn't say, love everyone except those of other religions or who look different from you. We are simply commanded to love everyone where they are and as they are. Be aware of your thoughts and speech. Do you use phrases like, "All (fill in the religion or ethnic group here)." Every group is made up of unique mothers, fathers and children who, although part of a group, are as individual as a fingerprint. Remember, it was the Savior's own people who didn't accept him.

Lay your pain at the Savior's feet. Pray for all in need, but most especially pray for those that have wronged you. Trust and turn your broken heart over to God. When you have done all you can to heal, he can do more. If you are sure you cannot forgive or forget your pain, ask for help from your higher power.

I made a terrible mistake that dark night long ago. I looked at Alan, but I didn't see him. Alan will tell you he doesn't do anything for himself. He has learned that when you do everything to serve the Lord, love and care for others without recognition for yourself, you find true happiness and joy.

Look around you. It is easy to love others when you truly see them. 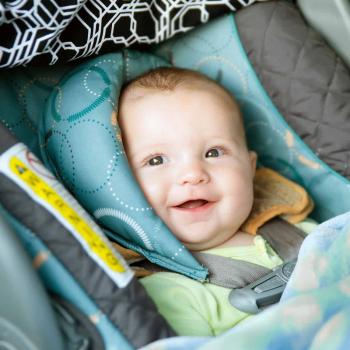