Lessons learned from an imperfect marriage

Everyone Knows That Marriages Take Work. But a Lot of Couples Still Feel Sad or Even Angry That Their Marriage Isn't the Fairy Tale They Hoped It Would Be. This Article Will Teach You Lessons Learned That Will Help You Find Joy in the Imperfections.

Mary and Steve* were a couple like this. When they were dating, Mary was impressed by the way that Steve was such a go-getter. He was a social butterfly and seemed to make friends wherever he went. She liked this about him, and she thought that he complimented her more quiet nature very well. He was also attractive and seemed to be the center of attention wherever he went. Despite that he was more of an extrovert, Steve liked Mary's quiet demeanor. He liked her "quiet dignity" as he put it. She was beautiful and didn't need to be in the center of attention to have a good time.

They were married just a short while later. When they first got married, Mary had already graduated with a degree and was working while Steve finished school. There were problems that came up but nothing that they described as being very serious.

After a few years, the problems began. Steve began getting tired of having to beg Mary to go do stuff. Mary usually wanted to stay home or have a small group of friends over while Steve wanted to go out with a large group of friends. Mary began to get angry at Steve for pushing her so much to go out. "He knows I'm more of an introvert. He knew that when he married me," Mary would say. "Yeah, but I didn't know you were such a buzz kill all the time," Steve usually shot back.

When they first started coming to counseling, they had come to the conclusion that even though they used to enjoy their differences, their differences were now becoming incompatibilities. On top of that, Steve started going out without Mary and would come home talking about what a great time he had without her. He would make new friends that Mary had never met before, and she was beginning to feel left out. As a result, Mary began finding craft projects she could do at home by herself or with one or two friends when she was lucky enough to have their schedules coordinate. She would get angry at Steve for leaving her there while he went out to have fun. The two really were growing apart.

After some consideration, Steve had decided that he needed to change his attitude. He realized he was trying to ask Mary to be someone she's not instead of appreciating her for who she really was. She wasn't hurting anything or anybody by not going out with him, so there was really no reason to get mad at her. Mary had also had an attitude adjustment. She realized that she was missing out on Steve's life and instead of hearing it secondhand when he got home, she wanted to be involved in it with him. She began planning things for them to go out and do just the two of them.

Months passed, and I didn't hear from Steve and Mary. I never did find out what happened to them. But there were some valuable lessons that they learned, and I still use these lessons with a lot of couples. Also, here are 4 tips to fall back in love with your spouse.

1. Your spouse doesn't have to meet your expectations to be happy

. You really do have more power in your relationship to be happy than you think you do. Even if your partner isn't the picture perfect spouse you wished for, you can still find things in your life that bring you happiness.

. If your spouse doesn't like the same things you do, it's not a national emergency. It's okay to have differences. You can celebrate these differences instead of getting mad about them.

A lot of couples get into a complaining cycle where they complain about what each other is doing that hurts the relationship. Instead of endlessly complaining about it, change your attitude or change your actions. Complaining keeps you stuck in a negative cycle. Changing attitudes or actions shows that you're ready to change and break that cycle to find solutions.

. Your spouse doesn't have to like the same things you do. You can have differences and still be happy together. Withhold judgment and appreciate your spouse for the differences they contribute. 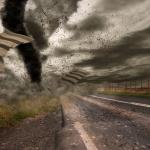 Pornography is Not a Victim-Less Habit