Loving ourselves for who we are: There’s no need to apologize

We Don't Need to Apologize For Our Perceived Failures and Inferiorities. Mistakes and Shortcomings Are Part of a Package Deal of Learning and Growing That We Don't Need to Justify.

None of us like to be judged, yet often we're our own harshest critics. Take for instance Myra (not her real name), a woman I chanced to meet recently at an event we were both attending. Though I didn't know her, she told me - in great detail - why she would soon no longer be a "failure." She was well-dressed. Her hair and makeup picture perfect. It was obvious she spent a great deal of time on her appearance. When she first pulled me aside, she didn't even know my name. I'd only chanced to offer her a polite hello. While we stood in the aisle near our seats, she took the opportunity to talk, and talk ... and talk.

As she delved deeply into her personal aspirations, her words seemed to flow without end. Some minutes later, with the event well underway, I was annoyed. I wanted to ask her to please be considerate of those performing. But when she told me she planned to essentially work to the point of exhaustion to better herself, there was something in her eyes that softened my heart.

I began to read between the lines. Despite an outward aura of perfection, inwardly she was in great turmoil. She had not lived up to the expectations of someone important in her life - as well as to her own high expectations of herself - and they'd let her know just that. Rather than deliberate commissions of grievous errors, her past choices, she revealed, were relatively trivial omissions in her life. Yet, wanting to absolve herself of guilt and shame, she seemed unable to stop apologizing for who she was.

Trying to keep my own voice hushed, I broke in to the one-sided conversation. I praised her hard work and determination. In an attempt to lighten the mood, I joked about my own shortcomings. Within minutes, a smile lit her face. From an initial flood of pain, the rush of her words slowed and changed course. We both took a welcome breath of hope.

Afterward, I reflected on apologies I'd made during my lifetime. Trying to garner unneeded forgiveness from others for my own shortcomings, I'd proffered many unnecessary explanations. When I met someone new or chanced to see old friends and acquaintances, I was quick to confess what I felt were my inadequacies. Even if it was that I hadn't had time to wash my car or change out of worn jeans and a t-shirt for a trip to the grocery store, I'd felt embarrassment.

I also remembered countless times I'd been apologized to. One woman went to great lengths to say she was sorry for what she believed was wrong with her: She hadn't had time to put on makeup. Several women felt their clothing wasn't fashionable enough. Many expressed shame because they believed they weren't adept at motherhood. Quite a few more didn't like their weight. Still more expressed regret because they felt inherently inferior in many ways. Here are some more thoughts on the importance of forgiving ourselves.

In retrospect, I realized all of us were pleading, "Please don't judge me. I'm doing the very best I can."

Yes, there are those who will judge us - and those judgments can be quite painful. But more often than not such people are among the minority of those we interact with or meet each day. What's more, most people who do judge others harshly are so hypercritical of their own perceived deficiencies their negative nature spills over to everyone. In reality, the majority of the people we interact with are already so worried about their own deficits, ours are not even on their minds. Still we rush to justify ourselves before others can chance to glimpse our faults.

As I considered my actions, I saw that endless rounds of apologizing to others for my shortcomings was a no-win situation. The more I apologized, dwelling on my imperfections, the more I saw to not like about myself. And the more I came to believe that some things about me would never be acceptable. In a few instances -like my inability to accomplish all I thought I should each day - I'd come to dislike certain aspects of my character or circumstances intensely. So much so that, without realizing it, in confessing my flaws I often became engaged in trying to convince others to agree with me. When they did, or at least when I thought they did, I entered into a spiral of misery and depression.

If I had it to do over again, I would tell Myra not to judge herself harshly or dwell on her perceived failures. Mistakes and shortcomings are part of a package deal of learning and growing. Since we all tend to give far more compliments to others than we ever accord ourselves, I would also tell her to take pride in herself as a beautifully imperfect being doing the best she knows how. Due to my experience with her, I've come to understand none of us need to justify ourselves to everyone we came in contact with, and that loving ourselves for who we are isn't vain. The key is to work each day toward forgiving and accepting ourselves despite our flaws and shortcomings, and to remember that our best is good enough.

Now, when I'm tempted to bring my faults to the attention of others, rather than rushing to apologize I strive to give instead of get. Give validation and praise to those I interact with - not on exterior characteristics, but on my heartfelt observations. Their kindness and compassion, their integrity and honesty, their gift of giving a warm smile or of listening. Then, internally, I remember to give equal praise to myself for similar qualities I overlook far too often; qualities that are much more important than whether or not I washed my car or put on makeup.

Lori Nawyn is the author of Simple Things and The Great American Family Reunion Cookbook, and the illustrator of Love, Hugs, and Hope: When Scary Things Happen.
nextarticle 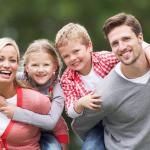 Powerful Lessons on Parenthood From a Family Counselor…