Man Proposes With an $8 Engagement Ring; What His Girlfriend Does 5 Days Later is Unbelievable

The Tuesday After He Proposed Would End Up Being One They Will Remember the Rest of Their Lives.

These laid-back lovers got engaged on a Thursday while hiking in Sedona Verde Valley, Arizona. Earlier that day, Rob bought an $8.88 engagement ring from Walmart when they stopped for groceries.

Just an hour after they finished the hike, Emily started planning their wedding that would be on the following Tuesday.

And Em Hardman strikes again by having her story featured on Good Morning America! Also, it's her birthday today. As she doesn't have facebook, feel free to contact her in other ways. 🙂

Let's talk about the details

What about the napkins? The colors? The bridesmaid dresses? The flowers? All the wedding details that can turn blushing brides into bridezillas?

Emily said these things just weren't crucial to the wedding. And if something wasn't crucial, she didn't worry about it.

With every detail, Emily asked herself two questions: "Does this achieve the goal of making people at my wedding feel loved and appreciated for the role they play in my life? Will it help strengthen my marriage and the promises we made each other? If the answer was no, I didn't waste any more time."

So, they skipped the flowers-they said the reception room was sufficiently beautiful.

They ditched the engagement photoshoot and the printed invitations-they sent out a text message with a photo collage saying, "Would love to have you come if you can make it. No gifts. Just love."

And they forwent the fancy clothing.

Rob wore his Sunday suit and Emily wore a $10 Charlotte Russe lace top and a skirt her mom made from scratch in just eight hours.

The text message announcements/invitations were sent to 100 guests asking for an RSVP the same day. Surprisingly, only a few close friends were not able to make it to the wedding with such short notice.

As the last of six children to get married, Emily said she has been around weddings since she was 17, so she saw first-hand the unnecessary stress that can come with them. She simply didn't want that to be her story and "my parents certainly weren't complaining," she said.

In addition to avoiding unnecessary stress, Emily and Rob had job commitments to work around. Rob was being transferred from London to the Bay Area and only had two weeks off from his maritime duties. Emily was on the legal team for the Little Sisters of the Poor Supreme Court case and would be traveling soon.

"We knew at this point that that we wanted to get married and spend an eternity together," said Emily. "We knew that we could either get married now or wait up to a year to make that happen."

When making the first of her three calls the day she and Rob got engaged, Emily told the wedding coordinator that people put beautiful funerals together in just a few days, so why not a wedding?

"Long ago, I became convinced that modern weddings were unnecessarily burdensome. My theory: You could plan a beautiful wedding in a week, " Emily told the New York Times.

So they put her theory in action and the results were beautiful. Her mom, Marilyn, was ecstatic about the quick event, saying, "Hallelujah! Hallelujah for putting the relationship above a wedding reception." 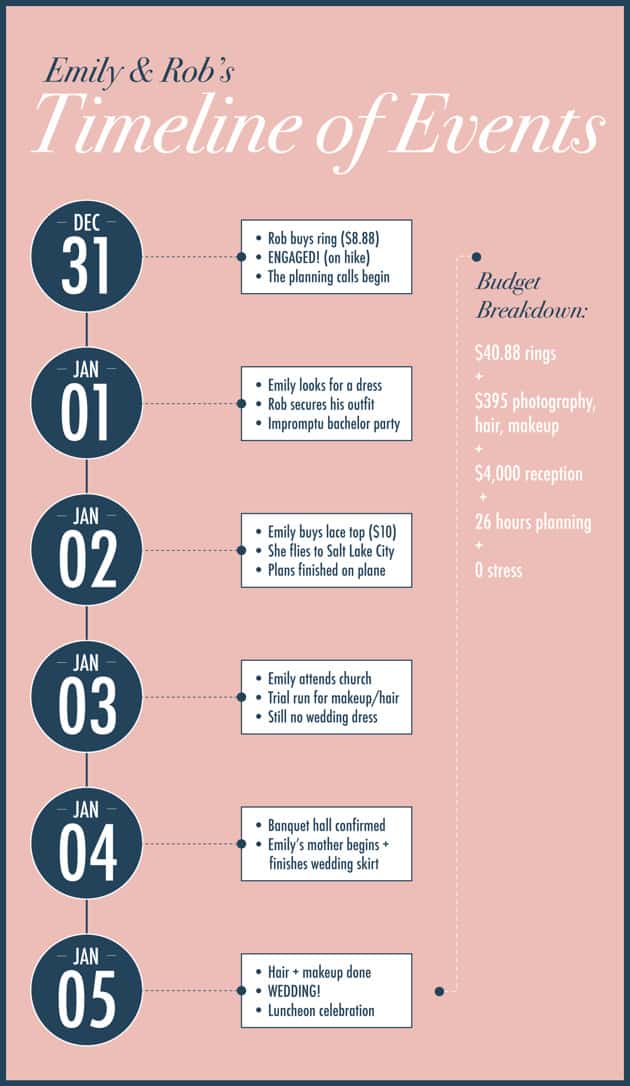 Life after the whirlwind wedding

Emily and Rob have been living the "elegantly simple" life that was kicked off by their almost effortless wedding.

After four years of knowing each other, one year of dating, a five-day engagement, and one viral article in the New York Times, Emily hopes their story will help more couples consider simple weddings.

"My hope was that it would start a conversation, of questioning these things that happen in weddings," she told ABC News. She hopes to "encourage everybody to focus on the essence of what really is important in life." 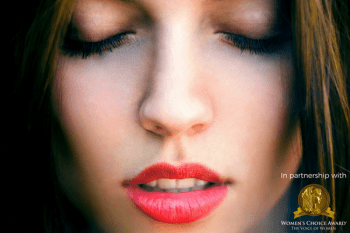 Here's the Reason You're Secretly Insecure (Even Though…