The Movies Sell Us Romance But True Love is Nothing Like the Movies. Marriage is Real-Life People Doing Real-Life Things Trying to Achieve a Happily Ever After.

I've always loved the movies, especially a good romance. When I was young, I often dreamed of being swept off my feet to romantic places like Paris or Italy by a tall, dark and perfectly handsome man who would serenade me while I stood on the balcony in the moonlight. Sounds romantic, doesn't it?

That's what the movies sell us. They sell us romance. They make us believe that in order for someone to be a good marriage candidate, they have to ride a white stallion, fill our apartment with flowers and take us to the moon and back all while being perfectly handsome with a few manageable quirks that make him even more attractive by the end of the movie. Give him an accent and a good job and girls can't help but swoon and bide their time until such a man comes looking for them.

When I started looking for a husband, I have to admit that I was using the movies as my standard. I refused my husband's proposal three times before I finally said yes - just because he had red hair. Good thing he was persistent and I finally let go of Hollywood's ideals because I would have missed out on one of the most remarkable men I have ever met. We have been married for 14 years and one of the most valuable lessons I have learned is that marriage isn't about romance.

Marriage isn't about romance, it's about love

It's about holding her hair when she can't keep her breakfast down because of morning sickness and consoling him when he didn't get that big promotion. It's about supporting her in her dreams so she recognizes she's more than what the world defines as a stay-at-home mom. It's about having dinner ready when he gets home from a long day at work so that he can spend the rest of the night with the family. It's about giving each other the benefit of the doubt and recognizing that nobody is perfect.

Marriage isn't about romance, it's about sacrifice

Marriage isn't about romance, it's about work

Marriage isn't about romance, it's about communication

It's about sharing your thoughts, your dreams and your desires. It's about talking about your problems and coming up with possible solutions. It's about discussing future plans and how they impact life as you know it. It's about making plans, setting goals, and taking action together to achieve them. It's about being open and honest with one another in every aspect of your marriage. It's about learning to trust enough to open your heart to someone else. It's about never letting a day pass without words being spoken between you.

Marriage isn't about romance, it's about time

It's about making time for one another regardless of how busy life gets. It's about spending more of your free time with your spouse than you do with anyone else. It's about making sure you have free time to spend. It's about putting other priorities aside and really focusing on the person you chose to marry. It's about the quality of time and not necessarily the quantity. What you do and how you treat the one you love is of the greatest importance.

Marriage isn't about romance, it's about service

It's about making the bed in the morning and getting up with the baby for a midnight feeding so she can sleep. It's about getting up early to fix his lunch and sending him a text to tell him you love him. It's about buying her a rose to show her your love and fixing him his favorite dinner, even when you're not a fan. It's about folding his laundry and fixing her breakfast in bed and all of the other kind little acts of service that make up years of a happy marriage.

Marriage isn't about romance, it's about living

In all these years, I have learned that marriage is nothing like the movies. Marriage is real-life people doing real-life things trying to achieve a happily ever after while still living in the real world. Romance is not a bad thing, and every marriage needs a little romance now and then, but that isn't what marriage is about. Marriage is about living and breathing and loving and giving. Marriage is about working and sacrifice and all of the hardship and pain that is sometimes associated with that. But it's also about the joy and the happiness and the pleasure and the pure and simple love that comes when two people fall in love and live happily ever after because they simply choose to live. 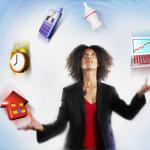