Marriage has been an insane ride and I seriously would never do it again. I'll make this time stick.

This article was previously published on Aunty Lala. It has been modified and republished here with permission.

Today has been awful for me, emotionally. I am completely drained. I feel like crap and I seriously just wanted to sleep all day. It has been a struggle, emotionally, since baby Maria. Losing a child at full term will cause anyone to struggle emotionally. Finding out your precious baby you and your whole family/circle of friends have been waiting for at 40 weeks and one day is gone isn't easy. Although it's been seven weeks since her passing, I still have a hard time. Especially today. Not because of her death itself, but because of the vulnerability and emotional awareness it has brought to the conscious mind and I am seriously hating it.

Not because I hate my marriage, I love my husband Joshua and would marry him over and over again (at least that's what I keep telling myself) but marriage is hard work.

Just like raising kids. It gives me a headache.

It has been an insane ride and I seriously would never do this again. (Even though I just said I'd marry Joshua again. I'm bipolar like that.)

Marriage has really brought the best and worst out of me. I've found gifts and talents and have developed a self-love I never knew existed, but I've also never realized how emotional, angry and physical I can be. (I never thought I'd run and now I'm doing it for "fun.")

Marriage is hard work. Especially if you're two idiots getting married because one of you is pregnant. (And it wasn't Josh.) I was so naive, so dumb, so egotistical to think that I could make a man fall "in love" with me. After two years, I realized I couldn't. I realized HE had to decide. He did decide after a year (FINALLY) and now almost three years later, I'm so glad he did.

I'm writing this partially to convince myself that you don't have to have "perfect beginnings" for a "perfect ending," (I'm a writer, I wanted my "perfect story," what do you expect?) and partially because a sweet prima of mine is getting married.

Marriage isn't just about love and happiness and fun and "perfect soul mates" or "the one." It's about honesty, hard work, loyalty, the good AND the bad and forgiveness.

I said I would never go through what I went through again, but I didn't say I would take it all back. We have the kind of relationship we have now because of what we went through. We love our marriage. Yes, we're not the perfect couple, but that's why we're amazing. We're the most imperfect couple out there and we're STILL making it work!

Each couple has their trials, each pair faces different things, but those who make a choice, who make a lifelong commitment, make it through. My good friend The Reverend of Revolution, Setema Gali, always reminds me on Facebook to MAKE THAT COMMITMENT. And once you do, you continue to RECOMMIT.

I made a vow almost six years ago, to the day, to commit myself to my husband. I admit there were times I wavered and faltered. I did not own up to that commitment for a few years. I didn't make that choice. I was going through the motions and expected him to magically "fall in love" with me. (I chose the ONE GUY who didn't.) I had to commit and allow him the same choice. Once we both did, it was easy.

Not easy as in "everything is awesome" because it's not. Easy as in, when a choice comes up, when I get angry, when some annoying guy tries to spit game at me even though he knows I'm taken, or when Josh does something stupid that makes me want to punch him in the face, (which is hardly ever), do I chose to waiver or recommit?

I recommit. I already made that choice. Three years ago we decided not to get divorced and make our marriage work. I just remind myself that I said yes, I commit myself to Joshua. MY Joshua. And that's it.

Once you decide, you DECIDE. You don't change your decision. These days people be changing their minds like Nicki Minaj be changing hairstyles. No, when you say I do, for better or for worse, you are committing FOR BETTER or FOR WORSE. If not, then you never committed in the first place.

I understand that there are situations where there is too much danger or risk involved, but that's not for worse. That's like homie you need HELP. And I know people who have been there. That's not what I'm talking about.

You young kids need to recognize that it's not just love and the fantasy and flashy lifestyle. It's work, dedication, commitment and a choice every single day.

Today was a day that I felt like crap. I was annoyed, angry, sad, hurt, humiliated and my pride was completely shot. But that's OK. I recommitted and decided to be better than yesterday. I made a choice that on good days AND bad days I would love him and appreciate him and be there for him. He has his days, I have mine, but we both commit to be there for each other regardless.

Nothing happened to make me want to leave, that's all in the past. "But the past can hurt..." And that's OK, as long as you "learn from it." (Thank you Rafiki.)

This is just what I've learned from it.

Run if you're angry instead of punching walls.

Commit and decide, then recommit.

Marriage is about work, dedication, commitment, all on top of love.

Joshua, my Joshua, my sweet, nothing-short-of-amazing husband ... I love you. Even though you're a punk.

And every day I decide to love him. Even on days where I just want to punch him in the face. (Which is a lot less than before the emotion code came into my life.) Six years down, the rest of our lives to go.

Even if it is my biggest headache.

Marriage, it's more than love. It's a commitment.

Heilala Garcia is a mother of four, three kids and one angel, married to the love of her life, Joshua Garcia. Originally from Hawaii, she now resides and writes from Utah.
nextarticle 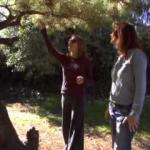 Am I a Helicopter Parent? 5 Signs You…