My hero, my mother

Sometimes Real-Life Heroes Are Much Closer Than We Think.

This article was originally published on TeachingSelfGovernment.com. It has been republished here with permission.

To me, a hero is the person who liberates us from our ignorance or rescues us from bondage by teaching us the truths we need.

There was a time in my life when my mother wasn't my hero. When I was a child, she seemed weak and emotionally fragile. Although I know now that this was a very hard time of her life, I didn't see that as a child. I only saw a person who seemed emotionally incapable.

Around this time, I started looking outside of my home for a hero to look up to. I looked at teachers and women in the neighborhood. I looked to the media and to my father. I found some good mentors, but also some confusing and morally damaging ones as well. In fact, some of my social connections I made started to work more and more against my having a good relationship with my mother. I became selfish, fighting with my mother on a regular basis.

In my teen years, I finally learned an important lesson that helped repair my relationship with my mother: I adopted the habit of saying "OK," and then following through anytime my mother asked me to do something. My respect and love for her grew once more, which has since been a tremendous blessing in my life.

I didn't truly realize how much of a hero my mother was until years later, when I found myself experiencing post-traumatic stress after the birth of my fourth child. I learned from that experience that a hero is someone who conquers their fears and problems along a difficult journey, then turns around and helps others along the way. My mother had walked the hero's path when I was a child. I didn't recognize it then, but I did during this hard time in my life.

After the complicated birth of my fourth child, my brain started to play tricks on me. Never had I been more afraid in my life. I thought I was broken and I didn't know how to get myself back to normal. I was filled with panic attacks and racing thoughts. My body and mind wouldn't rest, my senses acutely aware of everything. After 24 hours of this, and in the middle of a panic attack, I picked up the phone and called my mother. I simply said, "I need help," and then hung up the phone.

Never in my life had I asked my mother for help or made such a short phone call, but my words literally wouldn't form during the panic attack.

My hero-mother jumped in her car and rushed to my house. She ran in the door, took one look at me, and instantly recognized the problem. She told me, "I know what's wrong. I've had this happen to me. We are going to the doctor now, because you're not going to put up with this like I did for all those years." She told me how after the birth of her last child - which also had lots of complications - she ended up in my same condition and battled through it for many, many years.

Then my mother said the sweetest, most heroic thing I've ever had anyone say to me. She said, "Nicholeen, I would go through all that again so that you don't have to. Now I know why I had to have that awful experience. It was to save you from having the same problem. I can finally say I'm glad I went through all that."

I had judged my mother. I had thought she was weak. Now I knew she was stronger than anyone. She kept mothering, kept loving and kept serving, even through her darkest days. That is the journey a hero makes.

Motherhood is hard - it is the work of heroes. It's also the greatest gift a woman ever receives. 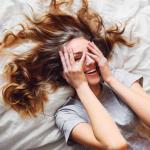 5 Ways to Make Your Mornings Rock